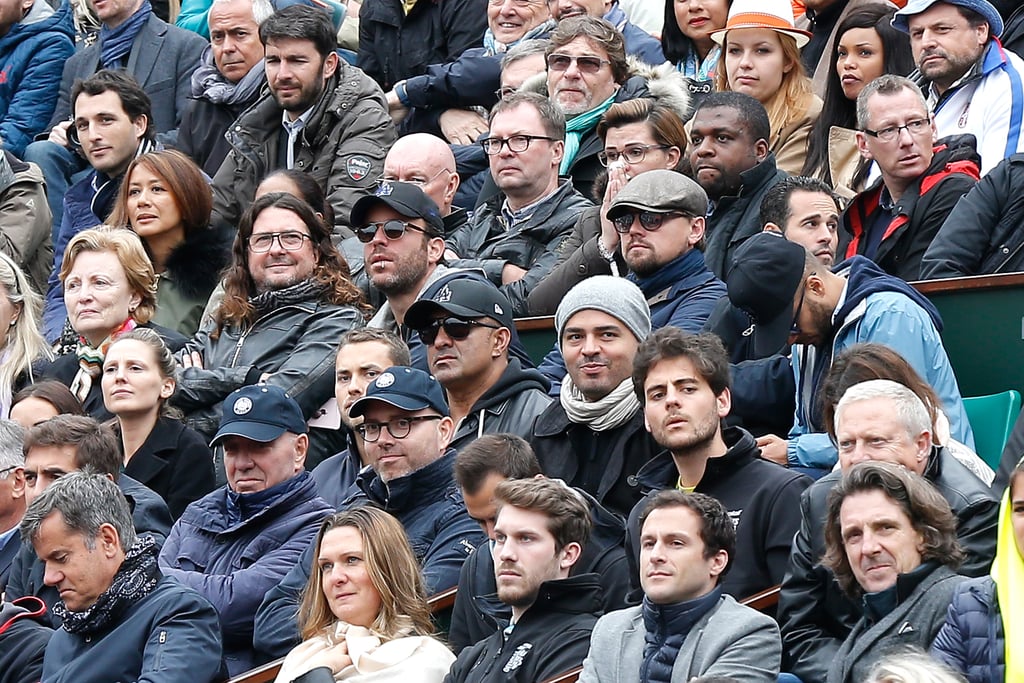 Leonardo DiCaprio Finally Manages to Go Incognito . . . Without Even Trying

Leonardo DiCaprio is just a regular guy who enjoys watching tennis, OK? The actor made a hilarious appearance at day 13 of the French Open in Paris on Friday. Leo, who was surrounded by a few of his guy friends, appeared to go completely unnoticed in the crowded stands. While wearing his signature tweed cap and sunglasses, the ones he frequently tries to hide under while out in public, Leo joked with his pals and looked intense while watching the match.

The chilly afternoon out comes on the heels of a busy few weeks for the star. In addition to cozying up to Rihanna during a night out in NYC, he also flashed his abs while on a walk and did one his favorite activities when he rode bikes around the city with some friends. Keep reading to see if you can spot Leo in the crowd!