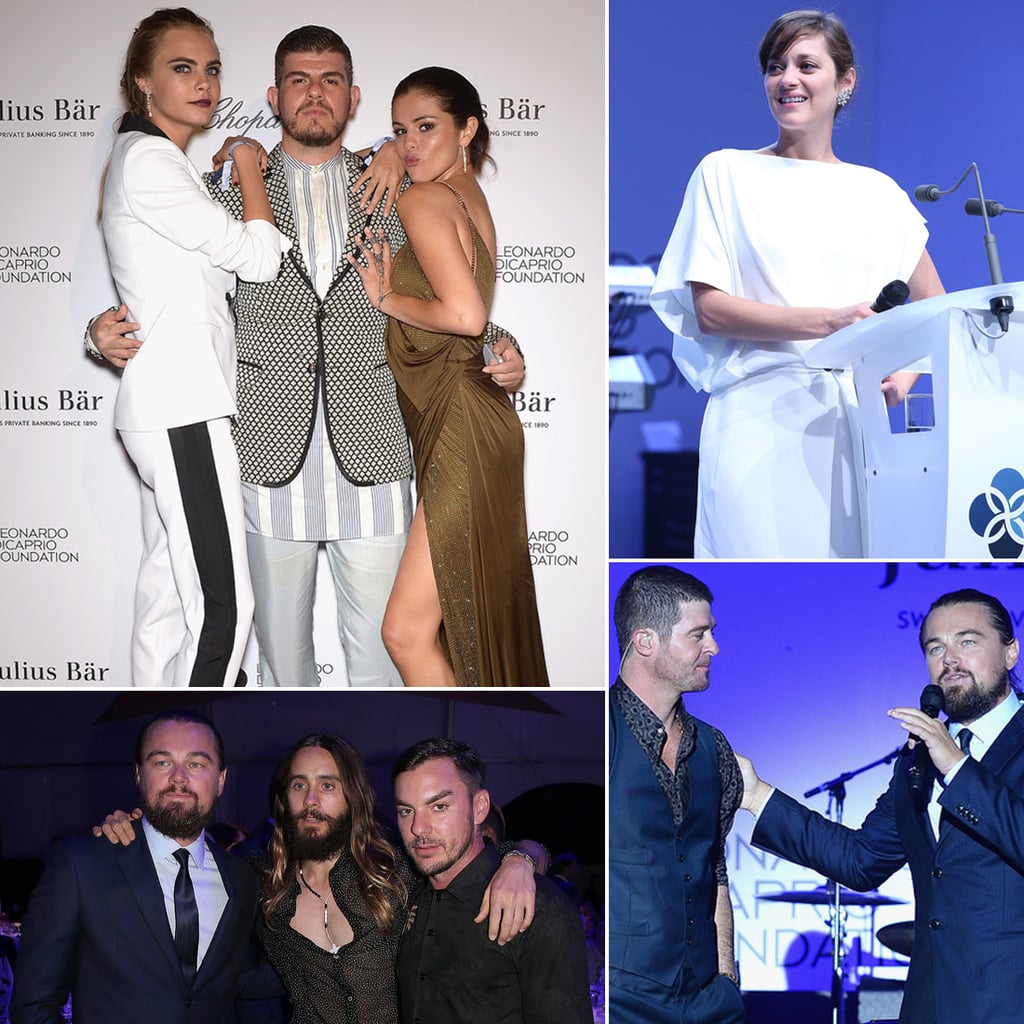 Leo DiCaprio's Gala Looks Straight Out of One of His Movies

Leonardo DiCaprio was surrounded by famous friends at his foundation's inaugural gala on Wednesday in Saint-Tropez. It felt like award season all over again when he hung out with Jared Leto, though when Jared took the stage, it was to help with a charity auction instead of accepting a statue. Robin Thicke and Bono were the night's performers, with Leo giving them both warm introductions on stage. Leonardo also had some surprising new pals at the event, including Selena Gomez, who managed to make a costume change during the night and don two different dresses. The 22-year-old star continued her birthday celebrations with pal Cara Delevingne, which have been going strong since they arrived in France on Monday.

On Tuesday, Leo was seen practicing his karate kicks in jeans and a t-shirt aboard his yacht in Saint-Tropez, which is just another way he lives the good life. Earlier this month, he was in California celebrating the Fourth of July with Toni Garrn, and then he took a solo trip to Miami beach last weekend. He also spoke at the "Our Ocean" conference in Washington DC last month and pledged $7 million from his foundation to support environmental conservation projects.