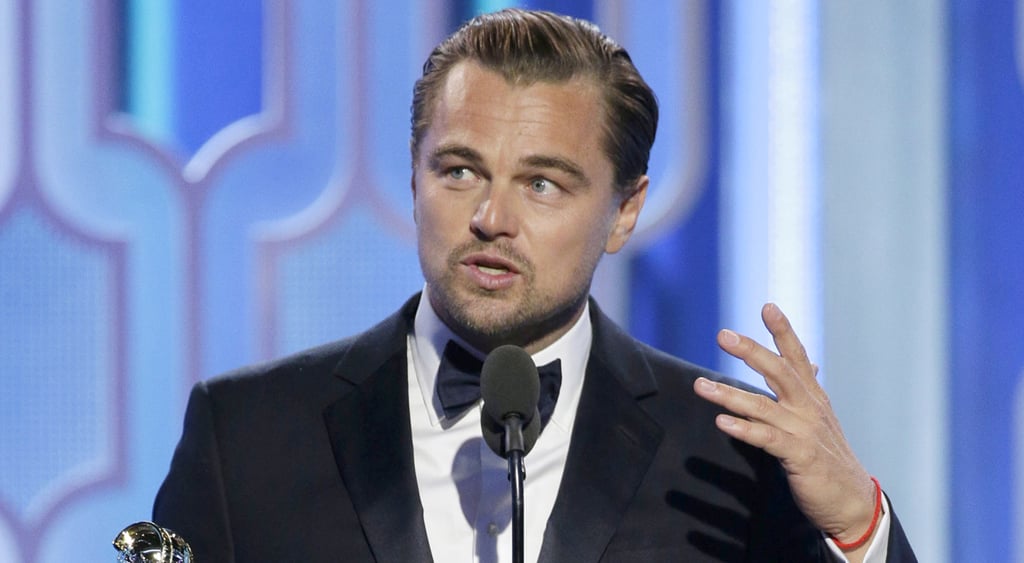 Leonardo DiCaprio snagged a win at Sunday night's Golden Globe Awards in LA, earning the honor for his role as lead actor in The Revenant. When he entered the press room to talk about his win, there was one moment from the film he had to address: his grisly bear attack, which was originally mistaken as a rape scene. Leonardo didn't want to give too much away about the preparation, but he still gave a bit of insight into the process. See the full quote below, then watch his lovely acceptance speech.

"I'm not supposed to talk in great detail about how that was done, because . . . Alejandro achieved this very specific work. Alejandro himself watched over 100 different bear attacks. What he creates in that movie, in that sequence, is something that's almost like virtual reality. I think people are talking about it for a good reason. I think the sequence is going to go down in the history of cinema as an amazing, visceral, tactile sort of sequence that makes people feel really feel like they're there. And, yes, it was incredibly difficult to do. We rehearsed for weeks beforehand just to get that sequence."