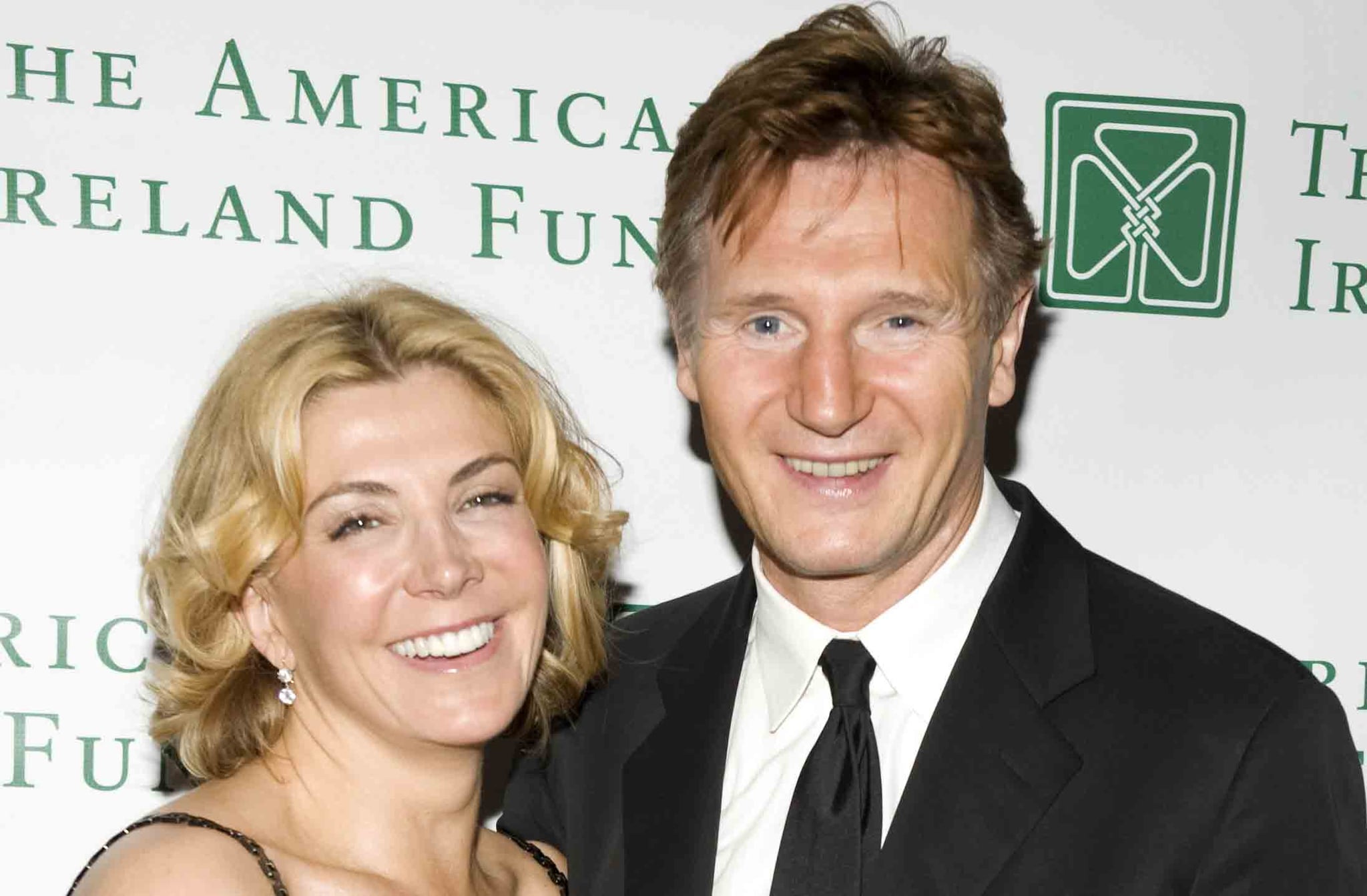 When Liam Neeson stopped by Radio Andy on Thursday to discuss the new movie he's working on with Bono, he ended up revealing one very sweet story about his late wife, Natasha Richardson, to host John Benjamin Hickey. The actor explained that during their 1994 wedding in Northern Ireland, they had picked out Van Morrison's "Crazy Love" for their wedding song, but Natasha wasn't thrilled with the idea of having a traditional first dance. "Behind my back Natasha had been taking singing lessons to sing it to me," the Silence star revealed. "After the ceremony we were all going out to start the night's festivities and she grabbed the microphone and she sang me this. She had learned it, and I was like, 'Wow!'"

Liam and Natasha were married from 1994 up until her tragic death following a head injury from a skiing accident in 2009. Since then, he has been romantically linked to PR executive Freya St. Johnston and has been keeping busy with roles in the Taken franchise and the upcoming fantasy movie A Monster Calls.