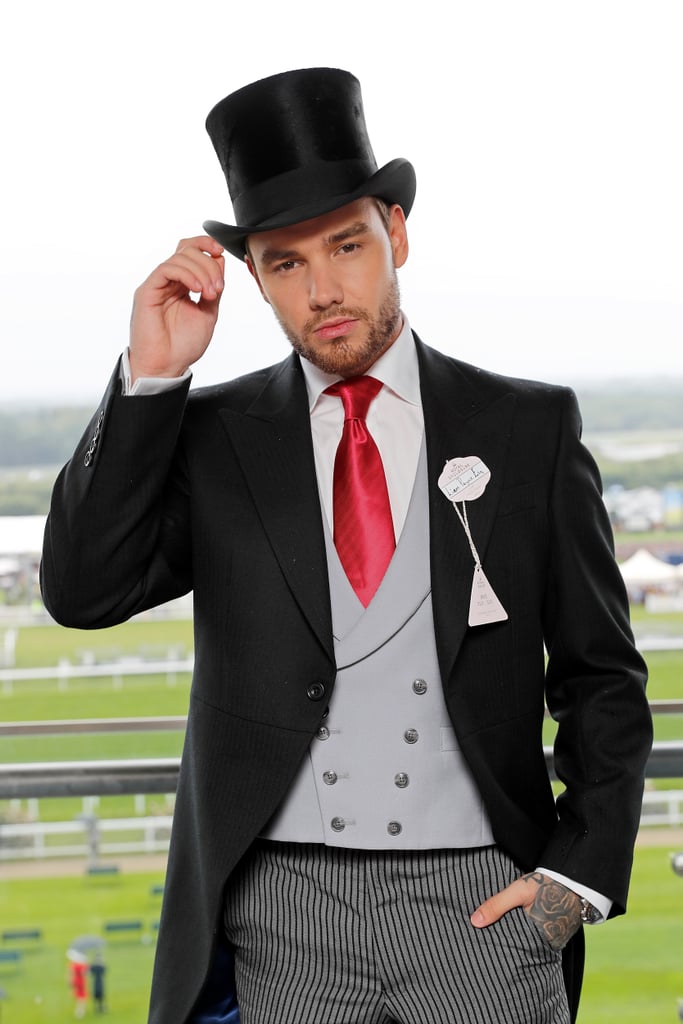 On day two of Royal Ascot, former One Direction member Liam Payne was spotted looking exceptionally dapper at Ascot Racecourse. He sported a full look by menswear label Oliver Brown and footwear by Fairfax & Favor, but despite his polished appearance, Liam couldn't get over the fact that he resembled the Monopoly man.

The singer took to Twitter and Instagram to share his discovery with the caption, "have you ever seen me and the Monopoly man in the same room." Perhaps not, Liam. While some fans thought his comparison was hilarious, others pointed out that the monocle, which he photoshopped to his face on the second slide, is absolutely not an original accessory worn by the Monopoly man. The final slide in Liam's image carousel confirms that the Monopoly man, in fact, wears no monocle.

Liam just can't get a break, and in the spirit of the internet, fans took the opportunity to make an entire thread of hilarious memes about it. From comparing Liam's look to that of Hugh Jackman in The Greatest Showman, to some fans pointing out a resemblance to Benedict Cumberbatch in Sherlock, plus some cheeky comparisons to The Cat in the Hat and the little penguin in Toy Story, ahead are some of the best Twitter reactions, plus every angle of Liam's seriously fabulous outfit.

Related:
Liam Payne and Cheryl Break Up After More Than 2 Years Together
Previous Next Start Slideshow
Celebrity InstagramsLiam PayneRoyal Ascot

Celebrity Instagrams
Exclusive: Here's the Underwear You're About to See on Rihanna's Savage x Fenty Runway
by Sarah Wasilak 23 hours ago

Celebrity Instagrams
If You're Not Following the Cast of Sex Education on Instagram, Then What Are You Doing?
by Emily Weaver 21 hours ago

Celebrity Instagrams
Thanks to Some Rule Breakers, We Got an Inside Look at the Star-Studded Met Gala
by Victoria Messina 2 days ago