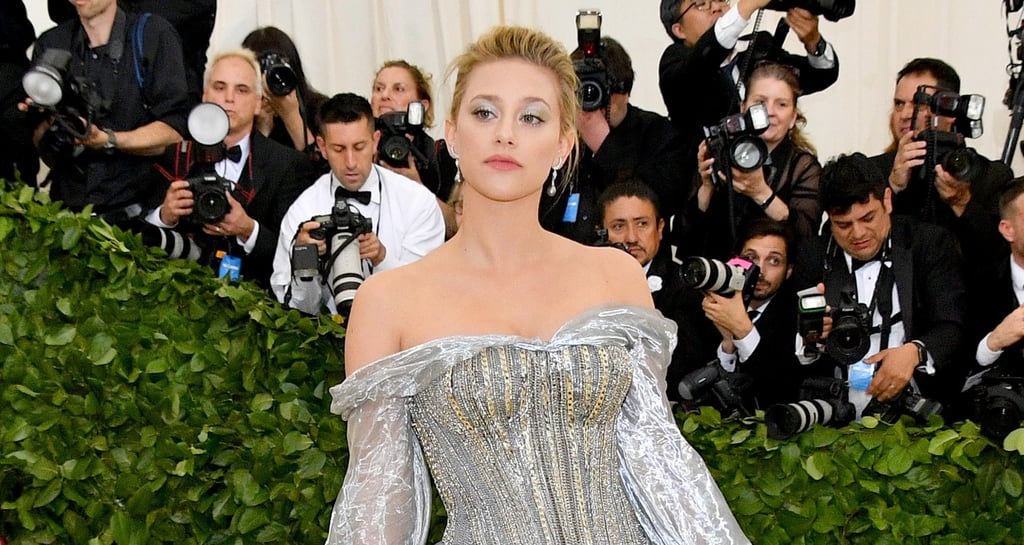 The internet is a cruel, cruel place, man. For whatever unknown reason, some people out there happen to think that Lili Reinhart looks pregnant, regardless of the fact that she literally epitomized the flame emoji at the Met Gala a few weeks ago alongside her now-public boyfriend, Cole Sprouse.

But the Riverdale star didn't just sit back and let those rumors swirl — she spoke up and defended herself, shutting down the haters and spreading a powerful message about loving her body in one fell swoop. The 21-year-old actress took to Instagram Stories to address the situation in a series of posts, writing, "It's unfortunate that one unflattering photo of my stomach circulating the internet causes hundreds of people to think that I'm pregnant." Unfortunate is certainly quite the understatement — it's downright unacceptable! Lili continued by explaning that she is, in fact, not pregnant, and added that her body goes through periods of being bloated and gaining weight. "My body is something that I will NEVER apologize for," the star wrote. Preach, girl!

Lili's on-screen and IRL best friend, Camila Mendes, rose to her defense on Instagram as well, adding that she, too, struggles with weight fluctuations. "I feel bloated 24/7, my weight fluctuates constantly, it comes with being a woman and should be celebrated, not criticized," Cami wrote. Ahead, read both of their powerful messages in full. You tell 'em, ladies!

Related:
Lili Reinhart Opens Up About Adult Acne, Because We've All Been There
Previous Next Start Slideshow
Cole SprouseCelebrity InstagramsLili ReinhartBody Image

Celebrity Instagrams
These Fun Photos of the Harlem Cast Make Us Wish We Were Part of Their Sister Circle, Too
by Njera Perkins 4 days ago

Halsey
Permission to Smile at Halsey and BTS's Reunion: "The Coolest Band in the World"
by Naledi Ushe 4 days ago