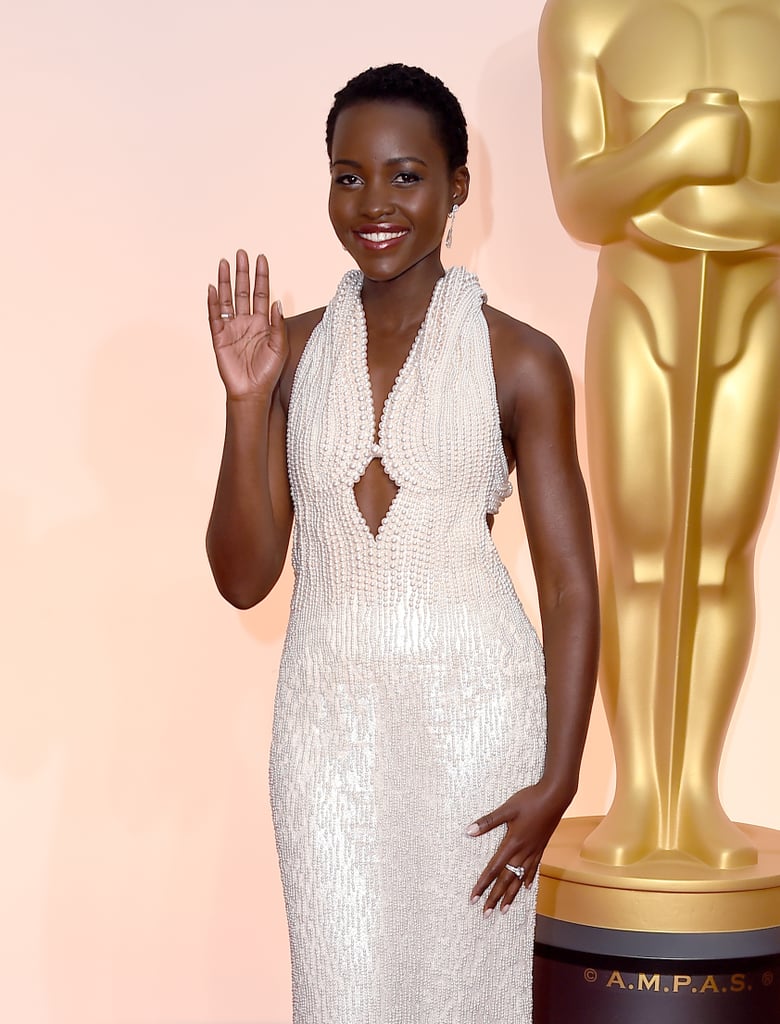 What Happened Before Lupita Nyong'o's Oscars Dress Was Stolen

Lupita Nyong'o totally owned the Oscars red carpet on Sunday before her pearl-covered, open-back gown was stolen. As it turns out, though, the Calvin Klein Collection dress may have been found on Friday. According to reports, a gown that resembles the one Lupita stunned in was discovered under a bathroom sink in the London Hotel in West Hollywood, CA, the same hotel where the actress stayed that night. An anonymous man reportedly claimed he stole the dress from Lupita's room and tried selling the pearls, only to be told they're fake. "Once it's returned to us, we will be able to have the dress restored and archived, as it now represents an important moment for the brand," said Francisco Costa, the designer of the dress, in a statement to Women's Wear Daily. Lupita echoed the sentiment, saying, "I'm happy that it has been potentially recovered. It is a timeless and priceless piece of art."

Before her dress drama, Lupita hit the red carpet with her younger brother, Peter Jr., who famously took over last year's award season with his star-studded photo album and appearance in Ellen DeGeneres's epic selfie. Lupita later hit the stage to present an Oscar to J.K. Simmons, who took home the best supporting actor award for his performance in Whiplash. During her downtime, the actress caught up with Jared Leto, giving us yet another reason why they should date, and after the show, the duo partied with Beyoncé and Jay Z, Jennifer Lopez, and Eddie Redmayne at Vanity Fair's star-studded afterparty. Keep reading to relive Lupita's Oscars night before her dress disappeared, and be sure to check out more of stars on the red carpet.