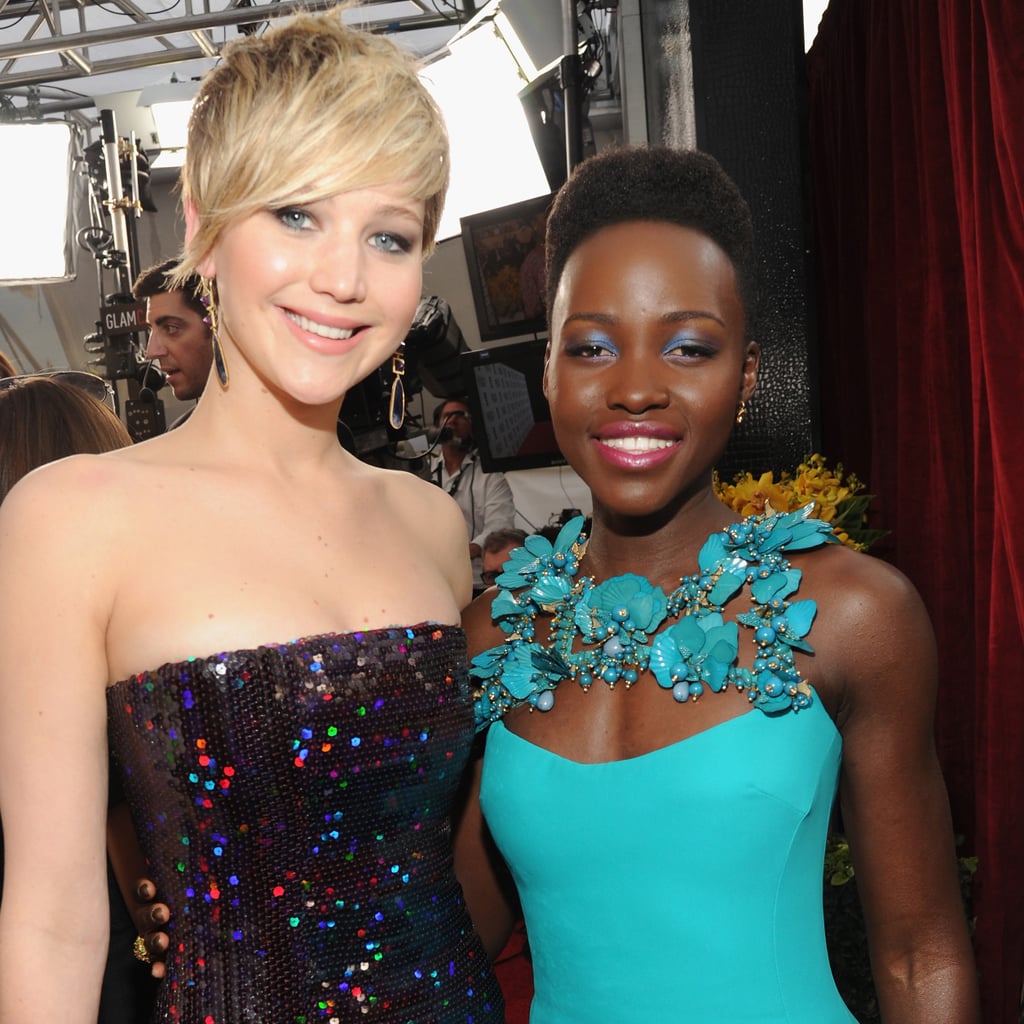 Lupita's a winner! At the Screen Actors Guild Awards in LA on Saturday, Lupita Nyong'o brought home the award for best supporting actress for her performance as Patsey in Steve McQueen's film 12 Years a Slave. On the red carpet, Lupita posed with her competition Jennifer Lawrence, who was nominated for both a SAG and an Oscar in the same category. We're beginning to think that Lupita will just never, ever take a bad picture. The star showed up for her night at the SAG Awards wearing a gorgeous Gucci dress almost as bright as her winning smile.

Earlier in the week, Lupita picked up a Critics' Choice Award for the role and gave a moving acceptance speech after receiving a standing ovation (led by Oprah Winfrey, naturally). While this may be Lupita's first award season, she's definitely making the most of it. Her Golden Globes "checklist" was one of the most genius things we've ever seen, and now that she's been nominated for an Oscar, we're hoping she'll have some more celebrity fan-girling up her sleeve. For now, just keep reading for more photos of Lupita looking gorgeous at the SAG Awards, and make sure to vote for her look in our fashion and beauty polls. Want to know more about the woman herself? Check out our comprehensive guide to this stunning new star.