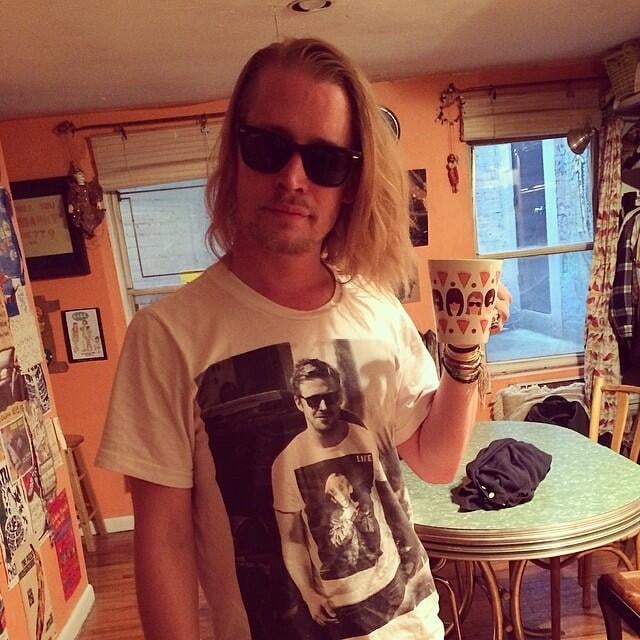 In one very Inception-style move, Macaulay Culkin sported a Ryan Gosling t-shirt on Sunday — only it was a picture of Ryan Gosling wearing a Macaulay Culkin t-shirt. Back in March 2013, Ryan wore a shirt that featured Macaulay in his Home Alone days while at a gas station. This past Sunday, Macaulay took things to a very meta level by sporting a t-shirt that featured a picture of Ryan wearing that t-shirt. Macaulay's band, The Pizza Underground, took to Twitter to post a photo of the child star rocking a Ryan Gosling tee, writing, "Let's get meta #ryangosling #macaulayculkin #shirt #pizzaunderground #mug." 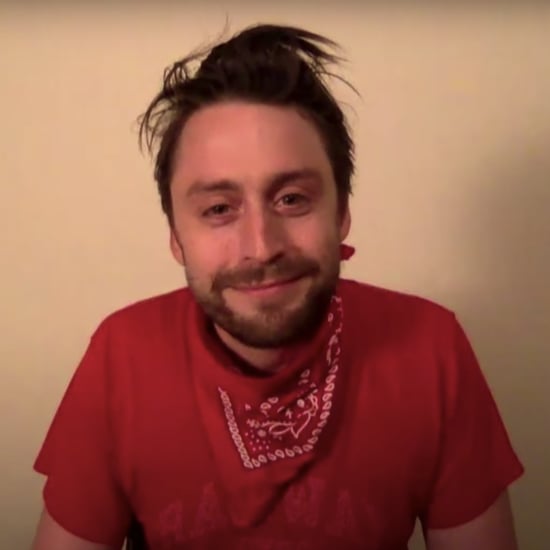 The Late Late Show with James Corden
Despite Being in Home Alone, Kieran Culkin Didn't Know the Plot When He Was Younger
by Grayson Gilcrease 8/30/20