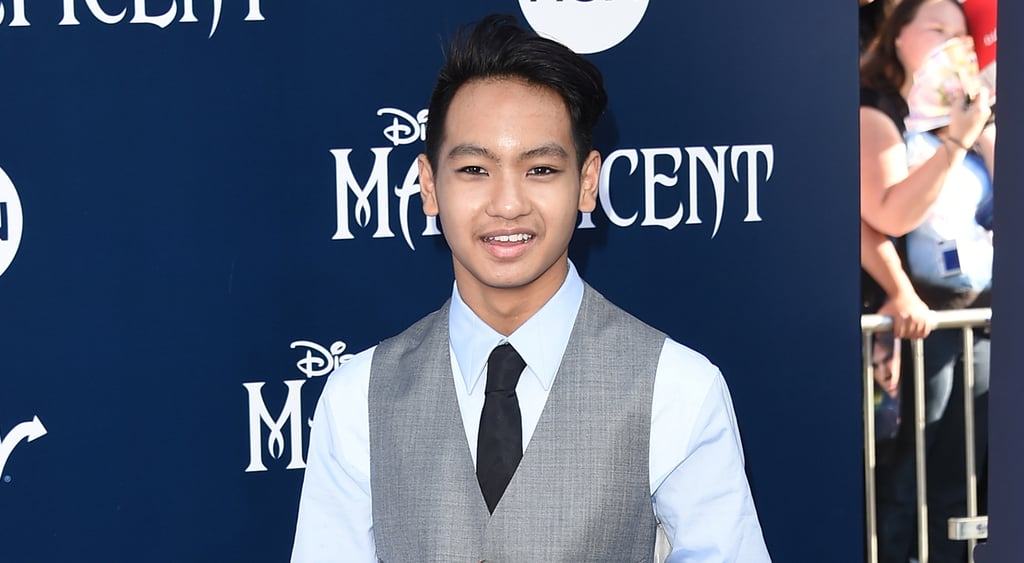 Angelina Jolie has spilled the beans on Maddox Jolie-Pitt's new girlfriend! The actress revealed that 12-year-old Maddox has a girlfriend when she walked the red carpet at the Maleficent premiere in LA on Wednesday. She said: "He's dating, he's got a girlfriend. She's great. I won't embarrass him. She's lovely. She lives in England. She's very cool." When asked if she was worried that Maddox might relocate to England, Angelina revealed that they try to "go there as often as possible" and that she has a good relationship with Maddox's unnamed girlfriend. "It's really, really sweet. She's a great lady, so I'm lucky. So far, we're doing good." The Jolie-Pitt family does spend a fair amount of time in the UK, and Brad Pitt spent an extended amount of time in England while he worked on his newest project, Fury. The family traveled across the pond earlier this month to screen Maleficent at Buckingham Palace, where Maddox walked the carpet with a group of friends, including one red-haired young lady. Could she be Maddox's new girlfriend? Only time will tell.

Diddy
Diddy and Yung Miami Are Fueling Dating Rumors Yet Again, So What's Really Going on?
by Kelsie Gibson 8 hours ago