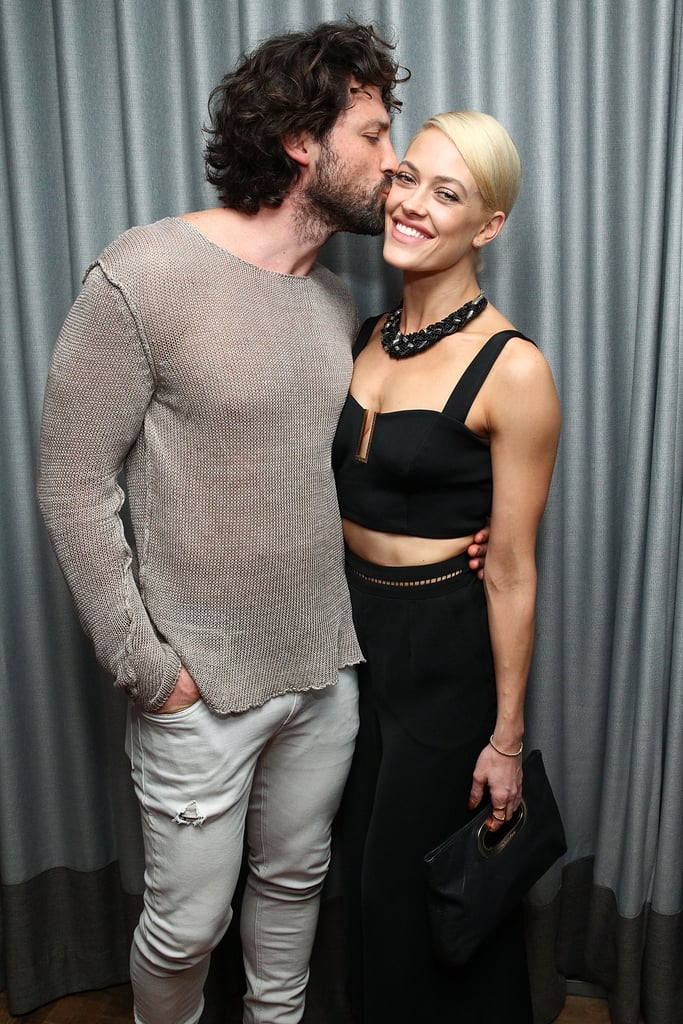 When it comes to relationships, Maksim Chmerkovskiy and Peta Murgatroyd are pretty much pros. Over the years, the two have become quite the fan-favorite couple among Dancing With the Stars viewers, and their love story is a big reason why. The two first met in 2009 when they costarred in the Broadway production of Burn the Floor, but things didn't heat up until years later when they started dating in 2012. Although they split 10 months later, they eventually rekindled their romance in 2015.

Aside from getting engaged last December, the two also have a baby boy on the way — which Peta has been perfectly documenting on social media. See all of their cutest (and hottest) moments together.

Kylie Jenner
Kylie Jenner's Disney Gucci Jeans Are Out of My Budget, but I'm Still Holding My Credit Card
by Sarah Wasilak 2 days ago

by Nikita Ramsinghani 24 minutes ago