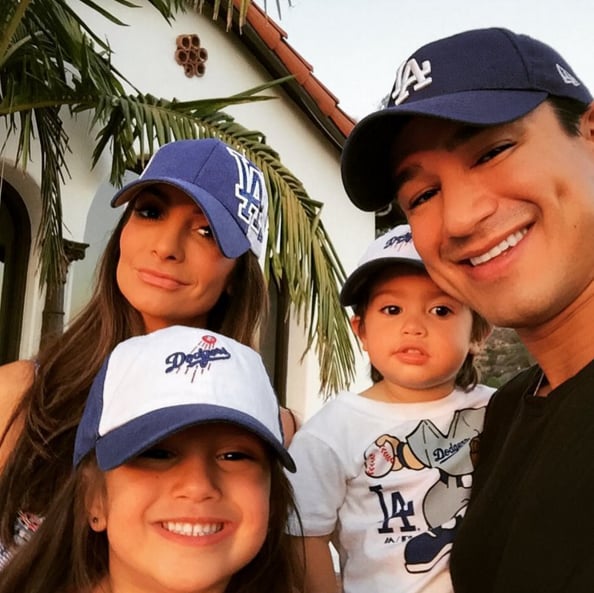 Mario Lopez and his wife, Courtney, have two crazy-adorable kids! The couple welcomed their first child, daughter Gia Francesca, in September 2010, and Mario proposed the following year. After tying the knot in Mexico in December 2012, they revealed a few months later that they were expecting a second child, Dominic ("Nico"), who was born in September 2013. Mario has shared more than a few sweet snaps of his little ones over the past couple years, including an epic picture of his son rocking a Saved by the Bell t-shirt. Keep reading for a look at some of Mario and Courtney's best family photos, then check out some of his hottest shirtless moments ever.