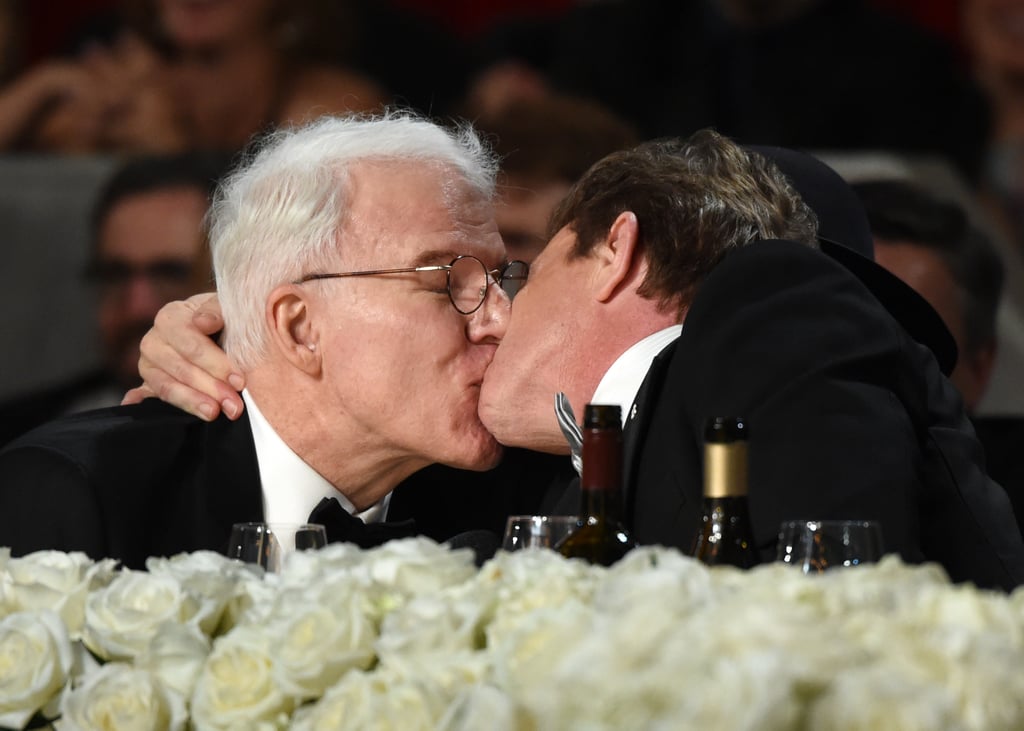 Diana Keaton was surrounded by her famous friends when she was honored with a Life Achievement Award by the American Film Institute in LA on Thursday night. While several stars paid tribute to the actress during the ceremony — including Meryl Streep, who dressed up as her iconic character, Annie Hall — one of the best moments was between her Father of the Bride costars Steve Martin and Martin Short. Aside from serenading Diane, on and off stage, the comedians put their bromance on full display when they locked lips at their seats. Perhaps they're trying to give Ryan Reynolds and Andrew Garfield, who famously shared a smooch at the Golden Globes, a run for their money.