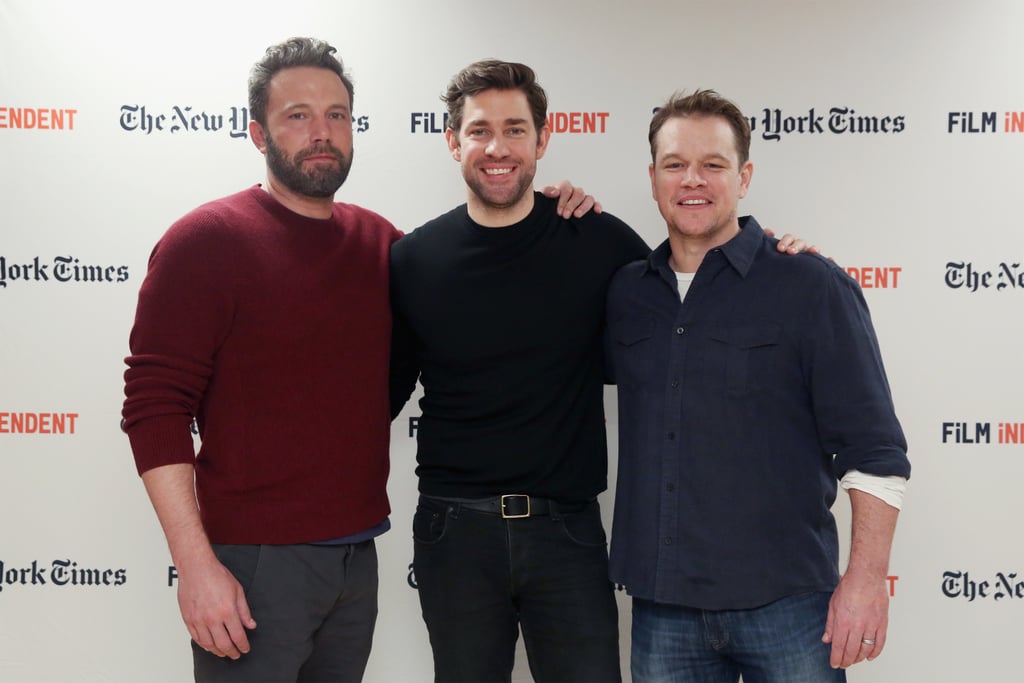 Matt Damon and Ben Affleck surprised an NYC crowd when they popped up at Film Independent's live read on Friday evening. The one-night-only event was directed by John Krasinski, and thanks to him, BFFs Matt and Ben were able to reprise their Good Will Hunting roles. The actors were joined by John's wife, Emily Blunt, Keegan-Michael Key, and producer Harvey Weinstein, and at one point, John even jumped out of his seat when Matt recited the movie's famous line, "How do you like them apples?"

Just the day before, Ben crashed John's interview with Good Morning America, and earlier this month, we got another peek at Matt and Ben's tight bromance in a new video for the Omaze campaign. In the clip, which offers one person and a guest the chance to hang out with the stars, the actors get into a pretty heated argument over Skype, and Matt goes as far as to make fun of Ben's chin.

Celebrity Instagrams
Michelle Obama Reacts to Serena Williams's Retirement: "I'll Always Be Cheering You On!"
by Chanel Vargas 6 days ago