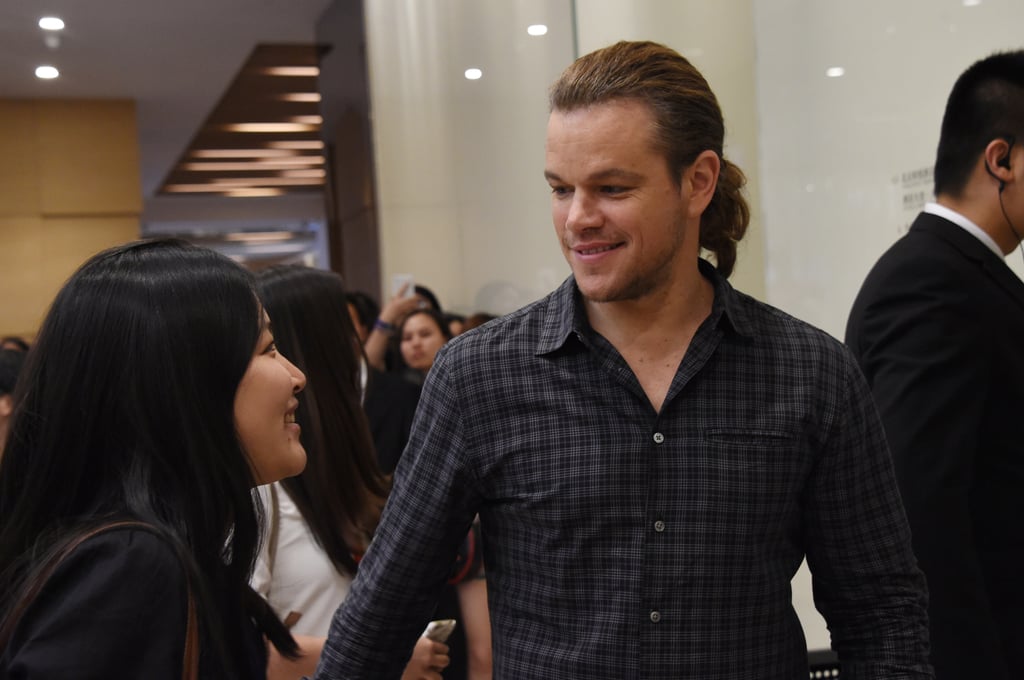 Matt Damon Debuts a Lush Ponytail in China, and We Might Just Be Feeling It

Matt Damon and his new ponytail gave a press conference today in China. The event was ostensibly held to discuss The Great Wall, which Matt has been shooting in and around Beijing for several months, but the ponytail had other plans. Secured by what appeared to be a banana-clip-type situation, it was there for one reason and one reason only: to turn Matt's moment into its own personal coming-out party. The ponytail did not take questions from the audience, which is unfortunate, because we want to learn all of its secrets. Here's what we do know: it straddles follicular territory somewhere between Jon Snow and Jared Leto, has a casual — yet defined — natural curl, and is glossy as all hell.

In all seriousness, we don't know if this look is for a current role, an upcoming role, or simply the role of New Matt Damon. But we're actually not hating it. You?

Previous Next Start Slideshow
Matt DamonCelebrity Hair
Around The Web

Beauty News
The Beauty Looks at the Emmy Awards Were So Good, We Almost Forgot It Was All Virtual
by Jessica Harrington 8 hours ago

Khloe Kardashian
In Honor of KUWTK Ending, Take a Look Back at Khloé Kardashian's Beauty Evolution
by Jessica Harrington 1 week ago