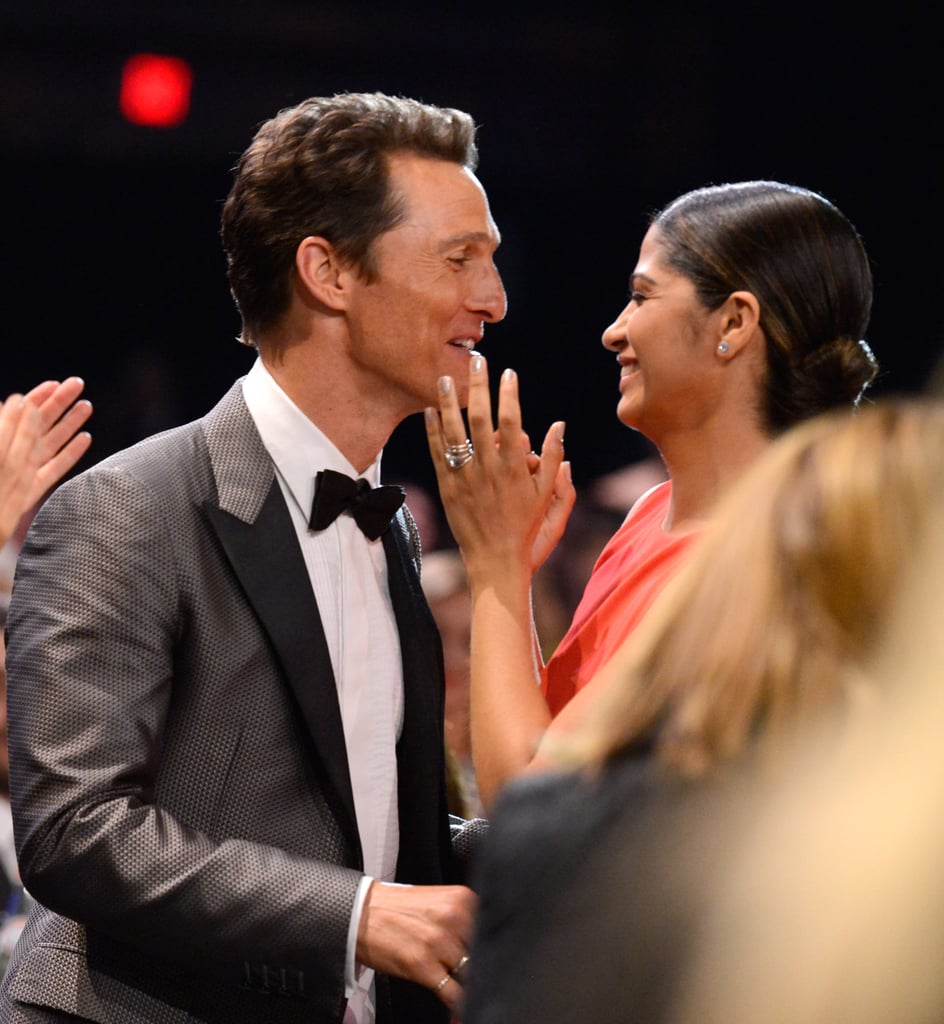 Matthew McConaughey's award season takeover continued at the Critics' Choice Awards in LA. After picking up the Golden Globe for his work in Dallas Buyers Club on Sunday, the actor nabbed a trophy in the same category on Thursday. The exciting buzz gained even more momentum on Thursday morning, when Matthew received an Academy Award nomination for best actor and the movie picked up another best picture nod.

Matthew had his wife, Camila Alves, by his side during all the action. Ever the supportive wife, Camila jumped up and cheered Matthew on when his name was called. What do you think of her gorgeous red Paule Ka dress? Make sure to vote on all of our Critics' Choice Awards fashion and beauty polls throughout the night!