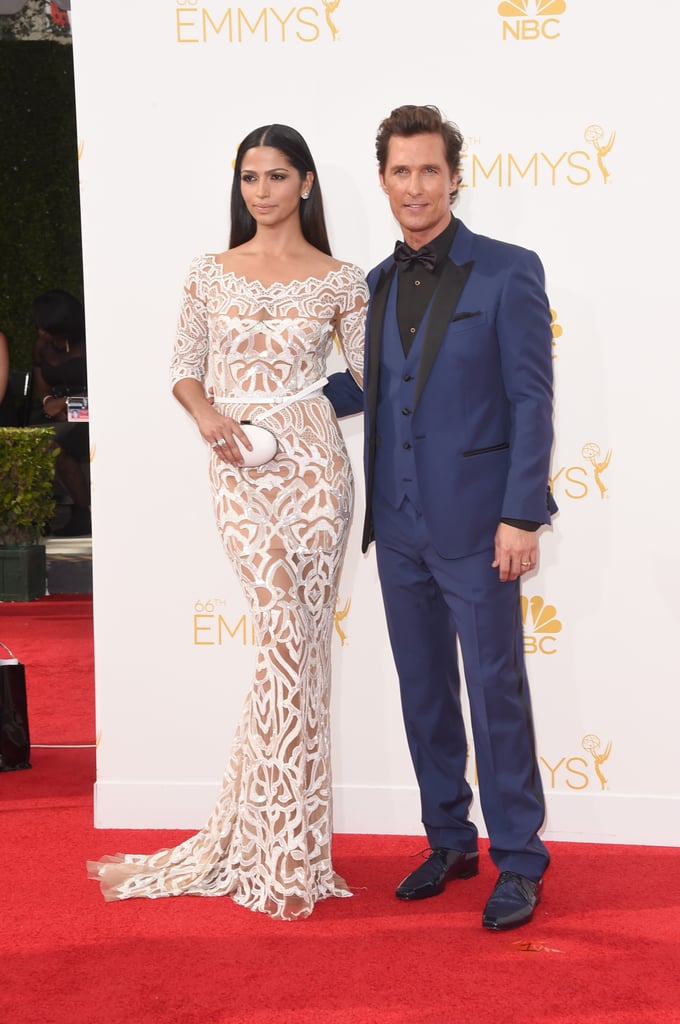 Monday was a big day for Matthew McConaughey at the Emmy Awards in LA! He was nominated for outstanding lead actor in a drama series for his work in True Detective and went up against his costar Woody Harrelson in the category. The hit HBO show was also up for outstanding drama series as well as outstanding writing and directing. Neither Matthew nor his True Detective family nabbed those honors, but if Matthew had he would have become the first actor to have won both a lead actor Academy Award and a lead actor Emmy in the same year. Matthew, who wore a Dolce & Gabbana tuxedo, arrived with Camila Alves by his side, and inside the show he took a few hits from presenter Jimmy Kimmel, who joked about Matthew being more suited for movies than TV.

Celebrity Couples
If This Is Gwen Stefani's Wedding Band, It's Certainly For the Coolest of Brides
by Sarah Wasilak 11 hours ago