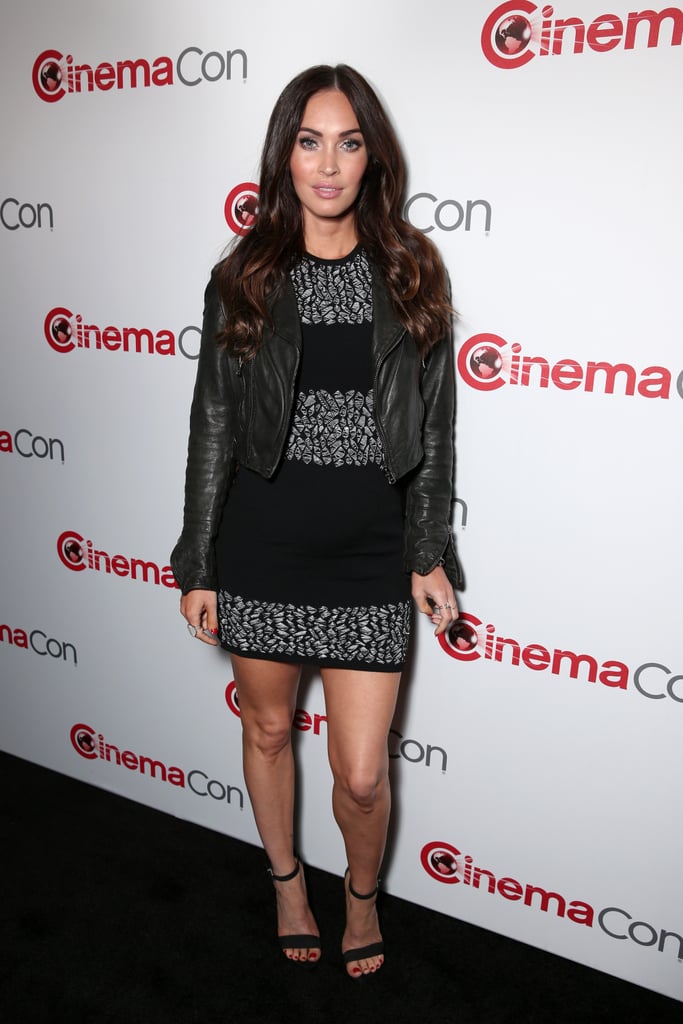 Megan Fox is reportedly pregnant with her third child! On Monday, the actress attended CinemaCon in Las Vegas with her Teenage Mutant Ninja Turtles costar Will Arnett, and showed off what looks like a baby bump in a body-hugging dress. While E! News is reporting that multiple sources have confirmed the baby news, neither Megan nor her rep have commented on the pregnancy speculation. Megan is already a mother to sons Noah and Bodhi, whom she shares with estranged husband Brian Austin Green.

Megan and Brian separated back in August after five years of marriage and 11 years together. The Teenage Mutant Ninja Turtles star cited their separation date as June 15, 2015 and irreconcilable differences as the reason for their breakup. Just a day after putting her growing belly on display, E! reported that Brian is the father of her child, and that the couple will likely postpone their divorce proceedings; according to a source close to the couple, the divorce "will likely be put on hold for a while," and, "This pregnancy was not planned, but when they found out they were extremely happy." Take a walk down memory lane, and look back at their sweetest moments over the years.