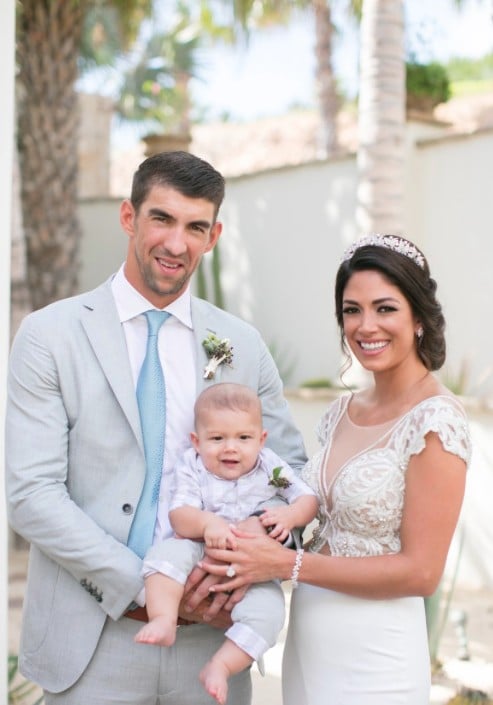 Michael Phelps and Nicole Johnson secretly tied the knot on June 13 in Paradise Valley, AZ. However, the couple held another wedding ceremony on the beach in Cabo San Lucas on Saturday. Nicole wore a beautiful custom gown by designer Julie Vino, while Michael looked dapper in a light gray tux. That same day, Nicole shared a photo from her big day on Instagram, writing, "Truly the happiest day of my life @m_phelps00 thank you @boonestudios for capturing this day 😘" Michael also expressed similar sentiments, posting a shot of him and Nicole walking down the aisle and captioning it, "My best friend.... I love you!!"

Michael first began dating Nicole, who has now changed her Instagram name to Mrs. Nicole Phelps, in 2007, and after taking a short break in 2011, the pair reunited in 2014. The Olympic swimmer popped the question in February 2015, and a little over a year later, they welcomed their first child, a beautiful baby boy named Boomer Phelps. Congrats to the happy couple!