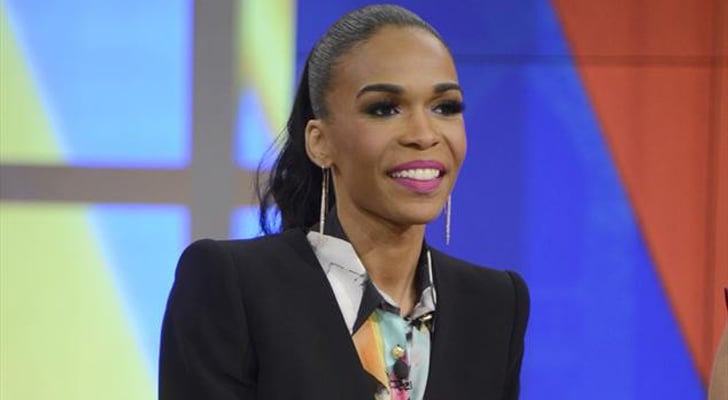 Michelle Williams gave Mike Huckabee a piece of her mind when the pair both appeared on The View on Tuesday. During the show, Huckabee addressed one of the buzzed-about passages from his book God, Guns, Grits, and Gravy, which takes a jab at Beyoncé's sexy songs and image. In the book, he writes, "She is a terrific dancer — without the explicit moves best left for the privacy of her bedroom. Jay Z is a very shrewd businessman, but I wonder: Does it occur to him that he is arguably crossing the line from husband to pimp by exploiting his wife as a sex object?"

On The View, Huckabee elaborated on what he meant by those comments, saying, "I say she's the most amazing singer, great set of pipes, unbelievable dancer, and she doesn't need to do songs like 'Partition' and 'Drunk in Love' in order to be an effective and amazing talent." He also added, "Because she's such a role model for so many young women and this is what I said. And it was a simple half a page in a 270-page book, and I'm thinking, my gosh, that's all I've heard about this week."

After Rosie O'Donnell replied, "You can't mess with the Queen Bey," Michelle — the guest cohost — gave a nod to her Destiny's Child days and came to Beyoncé's defense. She said:

"As someone who has definitely come up in a group with her, has seen her hard work and who she is, I just feel like, you know, that album and those songs is that one moment where she decided to probably do some songs she's always wanted to do to shed that 'I'm a good girl.' She had some freedom and she owned it and she took it, so I was definitely offended. I'm not the Carter spokesperson, but to hear some of those comments that you said, I thought were very, very, very low . . . I respect you and this is not to throw mud and tomatoes and all that stuff."

Watch a clip of the pair's interaction below.

Post by The View.
Beyoncé KnowlesMichelle WilliamsThe ViewTV
Around The Web

Netflix
The 15 Best TV Period Dramas Ever — Yes, Including Bridgerton
by Sabienna Bowman 17 hours ago

The Bachelorette
Clare Crawley and Dale Moss Have Broken Up: "This Is the Healthiest Decision"
by Yerin Kim 17 hours ago

Amazon
Which Character From The Wilds Are You? TBD Based on Your 1 Fashion Must Have
by Sarah Wasilak 18 hours ago