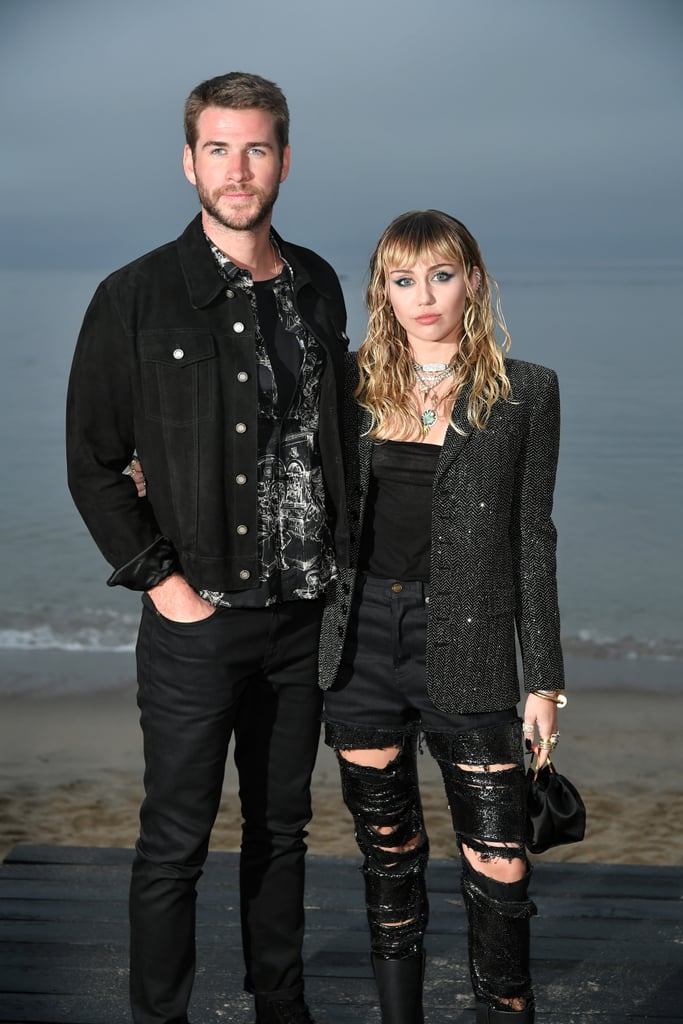 Miley Cyrus and Liam Hemsworth were the epitome of cool when they stepped out for the Saint Laurent fashion show in Malibu, CA, on Thursday. Clad in matching black outfits, the couple — who tied the knot in December — stuck together as they posed for photos and Liam wrapped his arm around Miley.

The pair's latest outing comes fresh off Wednesday's premiere of Miley's Black Mirror episode. The 26-year-old singer plays a glitzy pop star named Ashley O who is being controlled by her aunt/manager, and her impressive Nine Inch Nails cover is reason alone to watch the show.

Celebrity Instagrams
Melissa Benoist and Chris Wood Welcome Their First Child: "This Little Boy Is Everything"
by Kelsie Gibson 13 hours ago

Issa Rae
Issa Rae Keeps Her Private Life to Herself, but Here's What We Know About Her Fiancé
by Hedy Phillips 2 days ago