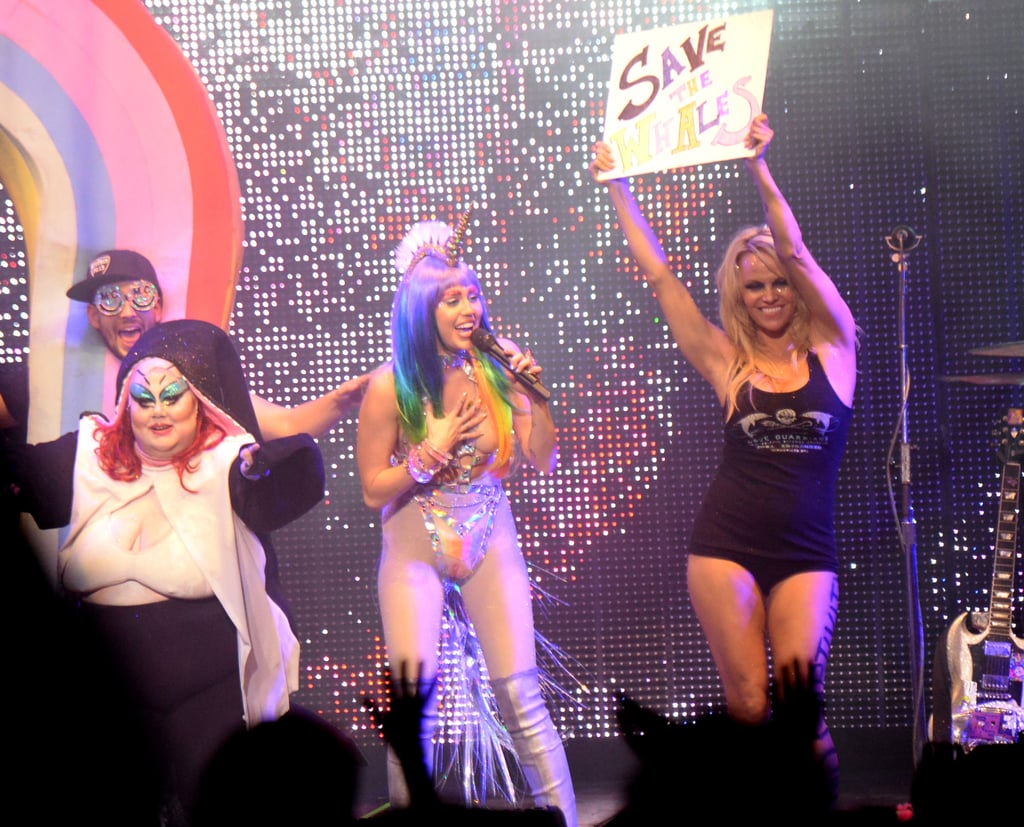 Miley Cyrus is definitely known for her controversial moments, whether it's her crazy costumes or public feuds, but her latest concert in LA might just be her most shocking yet. On Saturday, the singer was joined by none other than actress Pamela Anderson on stage, but that's not even the weirdest part. In addition to wearing a purple wig and unicorn horn, Miley opted out of wearing a shirt and decided to let it all hang out instead. Pamela also danced around the stage while holding up a sign that said, "Save the whales." Of course, this isn't the first time the singer has gone topless. Miley is a strong advocate for the #FreetheNipple campaign and often plays it up on Instagram. See the rest of her crazy concert here, and then check out 10 facts you probably didn't know about the singer.

Miley Cyrus
Miley Cyrus Reveals She Almost Had a Panic Attack During a Live Show: Honesty "Makes Me Less Afraid"
by Christina Stiehl 2 days ago