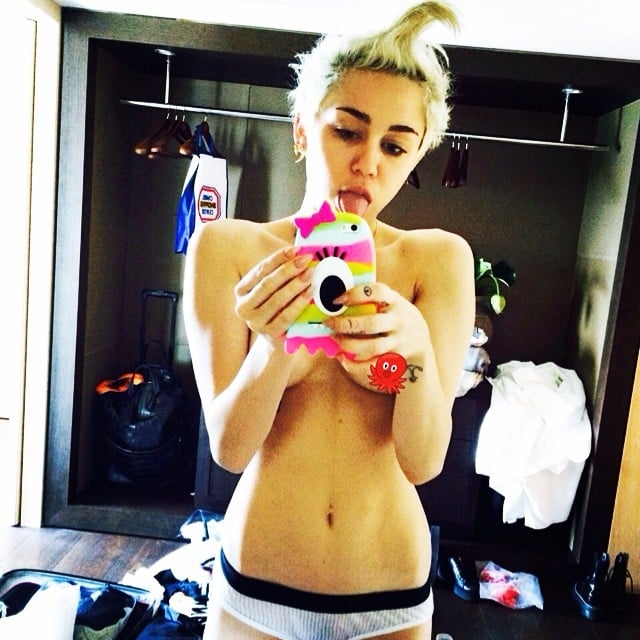 Miley Cyrus was in a skin-baring mood over the weekend, taking advantage of Barcelona's good weather with several bikini breaks and even a topless selfie. The singer, who was in Spain for the European leg of her Bangerz tour, shared several snaps of her poolside fun on Instagram, including a shot of herself relaxing with her younger sister, Noah Cyrus, and a picture of herself going topless in what she called a "pre-shower" selfie. On Thursday, Miley partied by the pool with her friends and, at one point, locked lips with her best friend and personal assistant, Cheyne Thomas, during a moment of rowdiness. On Sunday, the singer moved on to Lisbon, Portugal, but will soon be back in Spain to play a show in Madrid on Tuesday. Miley will be spending all of her Summer on tour, with her final show taking place in Perth, Australia, on October 23.

Kat Dennings
Photos of Kat Dennings and Andrew W.K. For Those Just Finding Out They're Together
by Monica Sisavat 16 hours ago

Kobe Bryant
Vanessa Bryant Honors Kobe Ahead of His Hall of Fame Induction: "Love You Always"
by Monica Sisavat 17 hours ago