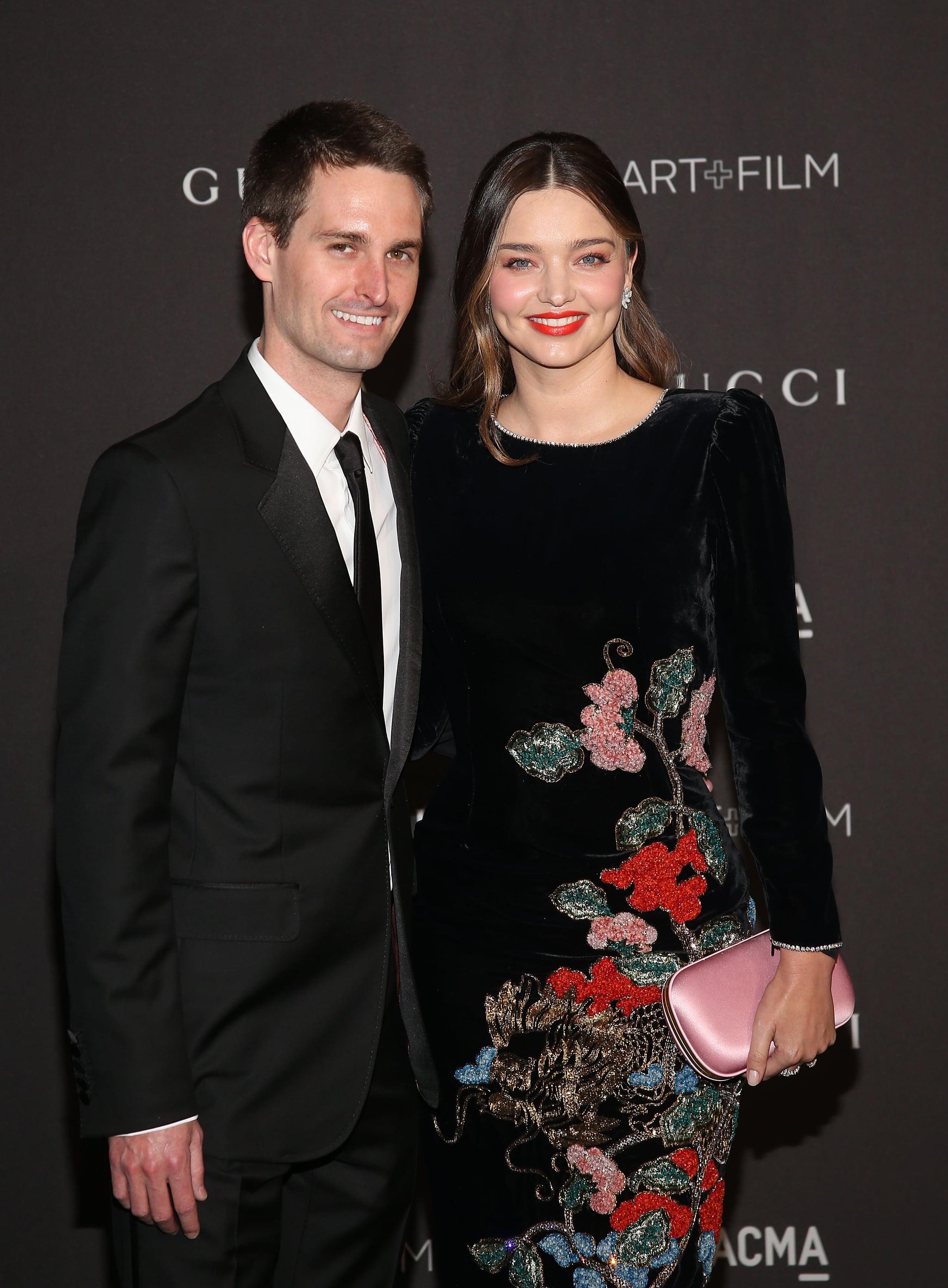 Miranda Kerr, 35, and Evan Spiegel, 28, are expanding their family! The couple is expecting their second child together 10 months after welcoming their son Hart. "Miranda, Evan, Flynn and Hart are looking forward to welcoming the newest member to their family," Miranda's rep confirmed to People on Friday.

The model and the Snapchat CEO tied the knot back in May 2017, and welcomed Hart a year later. Miranda also shares 8-year-old son Flynn with ex-husband Orlando Bloom, who recently got engaged to Katy Perry. Congrats to Miranda and Evan!