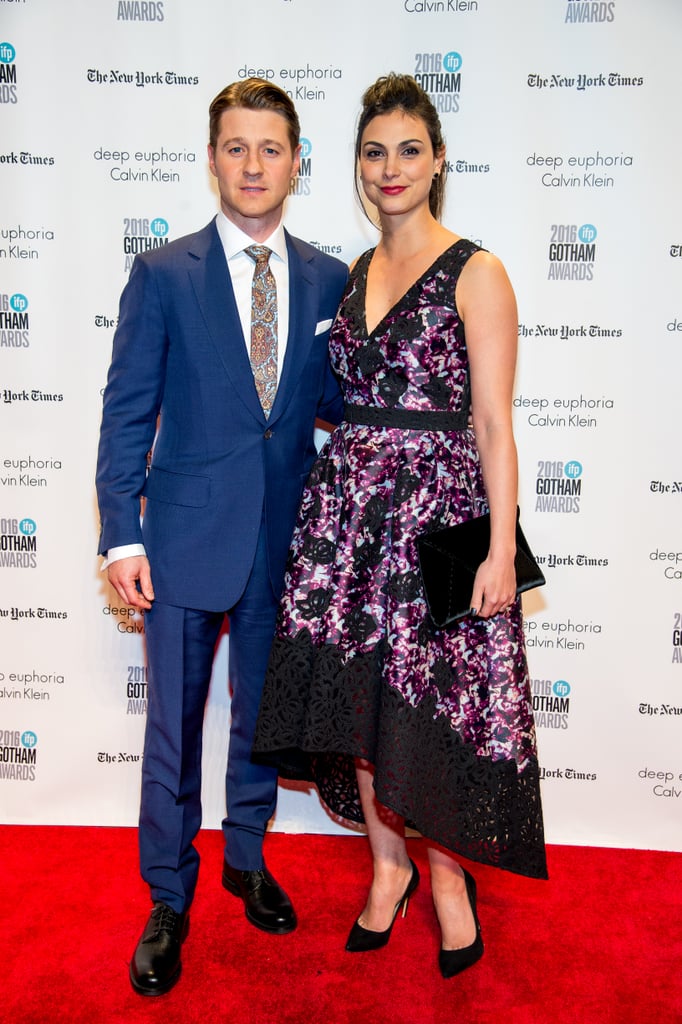 Morena Baccarin and Ben McKenzie are engaged, Us Weekly reports. Morena debuted her massive diamond stunner at the Gotham Independent Film Awards in NYC on Monday night. Clad in a purple and black gown, the Gotham star flashed her winning smile as she posed for photos alongside Ben on the red carpet. A source close to the pair told the publication, "They are very happily engaged." Morena and Ben first met on the set of Gotham back in 2014, and the two began dating in September 2015 after Morena split from her husband of three years, Austin Chick. The pair are already parents to daughter Frances Laiz Setta Schenkkan, while Morena shares a son named Julius with Austin. Congrats to the happy couple!