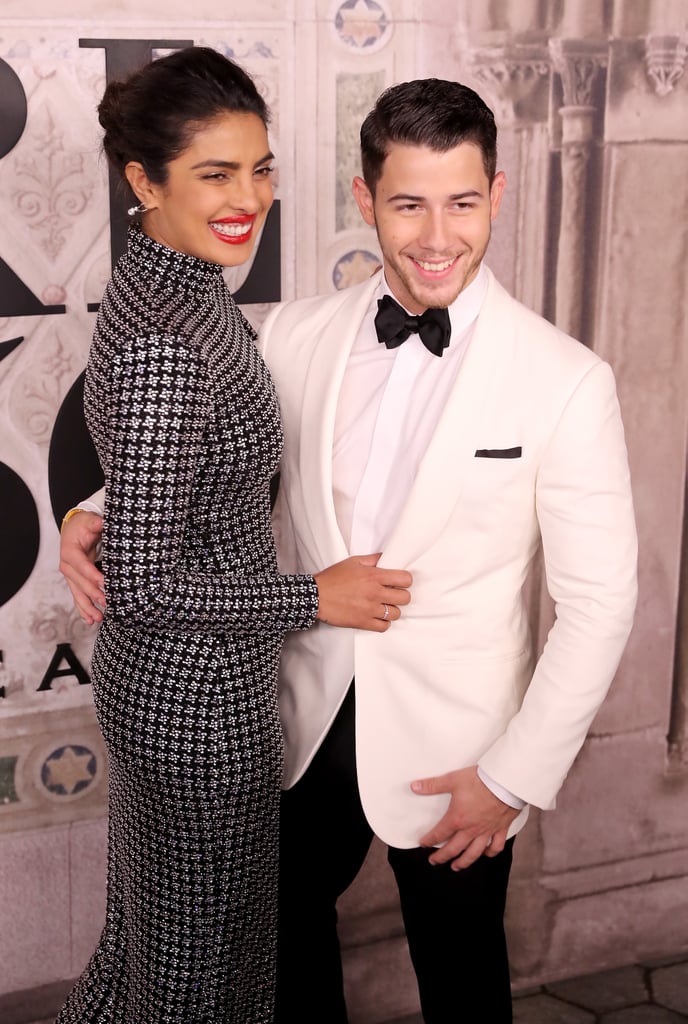 Congratulations are in order for Priyanka Chopra and Nick Jonas! The couple tied the knot in Jodhpur, India, on Saturday in a Christian ceremony at the Taj Umaid Bhawan Palace. The Quantico star stunned in a custom gown by Ralph Lauren, while her singer beau stayed sharp in a tuxedo by the same designer. They said their vows in front of friends and family members, including Nick's brothers, Kevin and Joe, and their respective partners, Danielle Jonas and Game of Thrones star Sophie Turner. Nick's father, Paul Kevin Jonas Sr., officiated the ceremony.

Priyanka and Nick touched down in India on Nov. 22 and spent time with Priyanka's parents, Ashok and Madhu, in Delhi. There, they had a traditional puja prayer ceremony at the actress's family home before heading to Jodhpur to kick off the wedding festivities.

Related:
30 Times Priyanka Chopra and Nick Jonas Made Us Say, "DAMN, They Look Good Together!"

News of Nick and Priyanka's relationship first broke in May, and the "Chains" singer popped the question two months later. Nick opened up about the romantic moment in Priyanka's Vogue January cover interview, revealing that she "took about 45 seconds" to respond. Even though the couple have officially gotten hitched, the party is nowhere near over; celebrations will continue until Dec. 3, and Priyanka even admitted to Vogue that guests "will need vacations after this wedding."

Cheers to Nick and Priyanka!