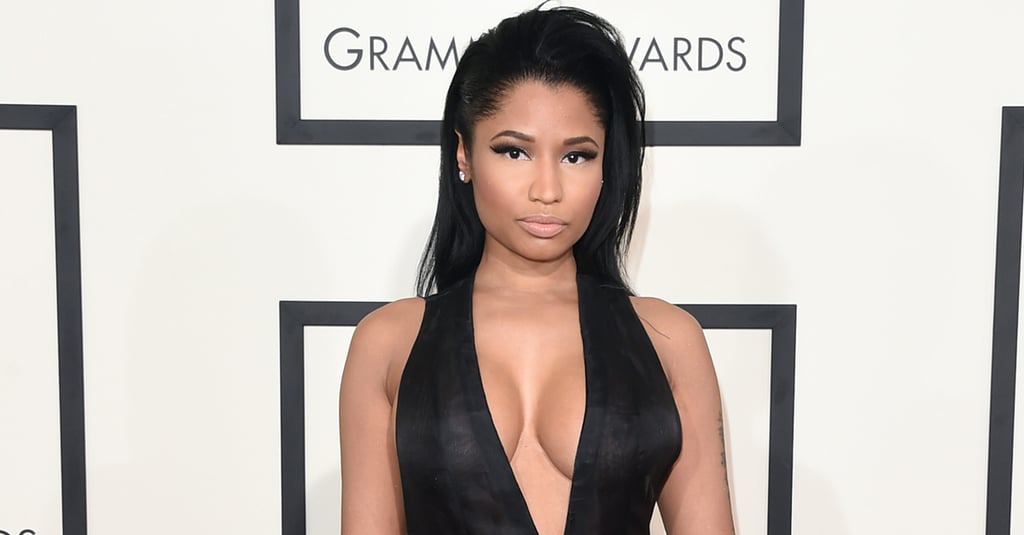 Nicki Minaj ignited pregnancy rumors when she took center stage in Burgettstown, PA, on Saturday. During her Pinkprint tour concert, Nicki acknowledged her rapper boyfriend and opening act, Meek Mill, with a remark that has since gone viral. "Make some noise for my baby father!" she said. Meek flashed a ridiculously cheeky smile and raised his hands as the audience cheered for the happy couple. Soon a concertgoer shared video of the moment on Twitter.

The 32-year-old rapper may have only been having some fun with the crowd. Later that day, Nicki retweeted the video on Twitter with several laughing-face emoji.

Nicki previously sparked rumors about her personal life when she posted an Instagram of a ring on that finger in April. However, Meek later set the record straight. "[Our relationship] is definitely real, but it ain't really time to get married yet," he said in an interview for The Fader's June/July issue. "We're still learning each other, feeling each other out."

Rumors aside, it's already been a big Summer for Nicki. Earlier this month, her "Anaconda" wax figure made its debut at Madame Tussauds in Las Vegas. In late July, the rapper and Taylor Swift had a short-lived Twitter feud, but Nicki later explained that Taylor cleared the air and apologized.