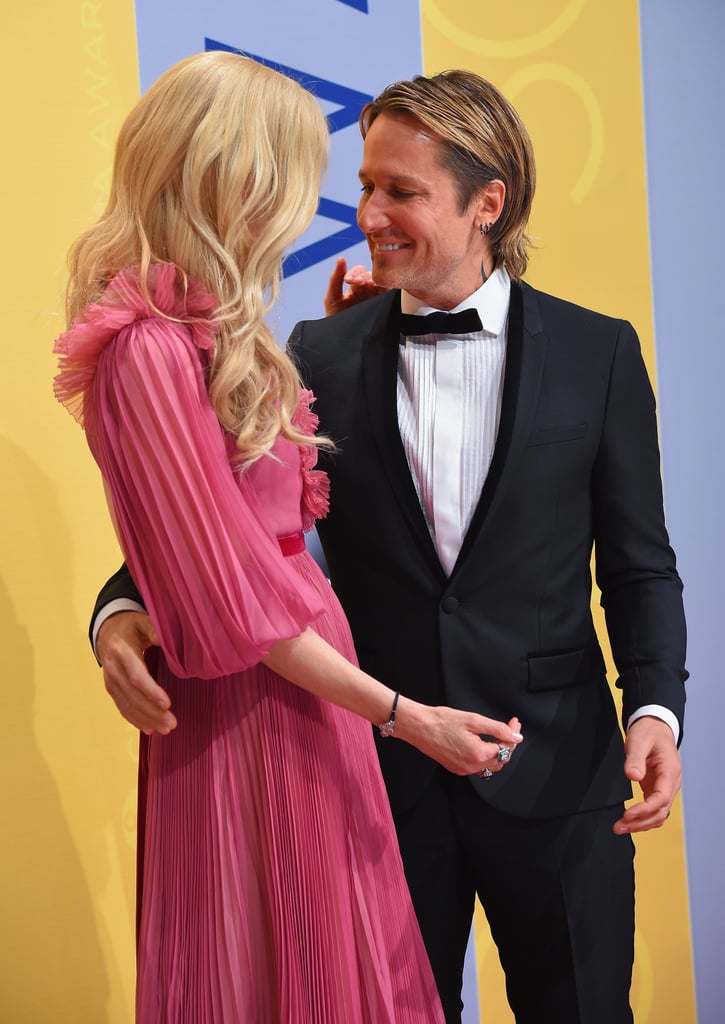 Keith Urban attended the CMA Awards in Nashville, TN, with his lovely wife, Nicole Kidman, by his side. The country singer, who recently celebrated his 49th birthday, put on a loving display with Nicole as he wrapped his arm around her and the two exchanged sweet glances. Inside, Keith took the stage for a performance of his hit "Blue Ain't Your Color," and was nominated for four awards, including musical event of the year for his song "The Fighter" with Carrie Underwood.