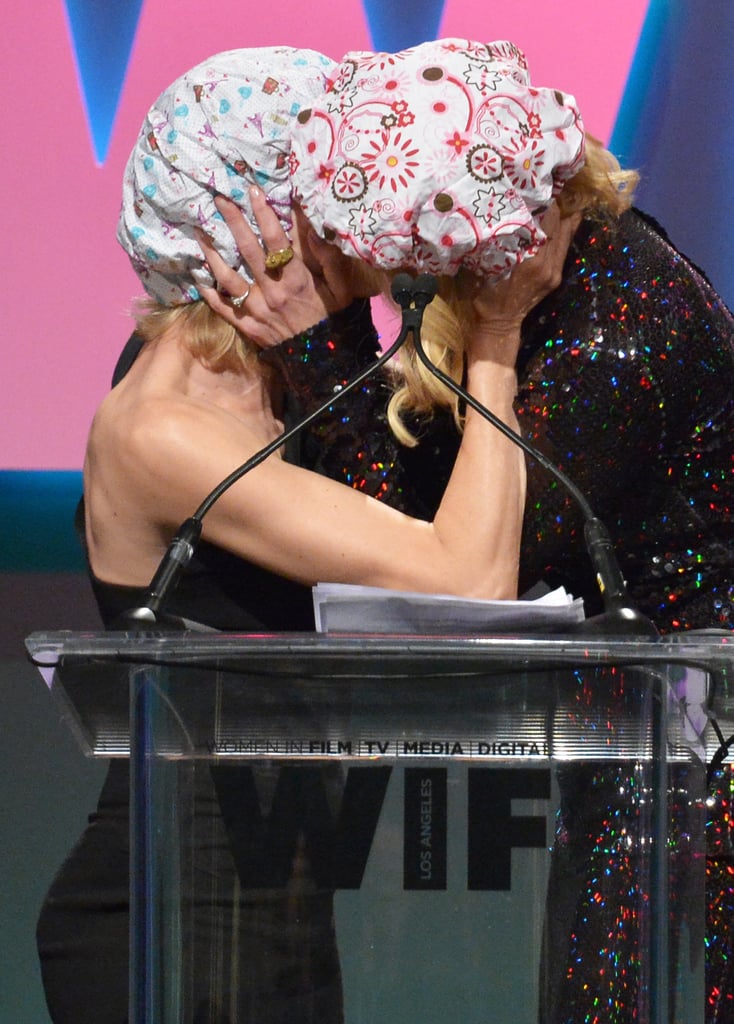 Nicole Kidman had everyone talking when she arrived at the Women in Film 2015 Crystal + Lucy Awards in LA on Tuesday night. The actress posed for photos on the red carpet with her husband, Keith Urban, and the couple showed their usual amount of sweet PDA before heading inside. Unfortunately, Nicole suffered a bit of a makeup malfunction; her powder didn't quite hold up against the bright lights, but hey — it's happened to Angelina Jolie, and she still looked gorgeous.

Later, Nicole hit the stage to accept the Crystal Award for excellence in film, which was given to her by her good friend Naomi Watts. Nicole gushed about her pal of nearly 30 years and told the audience that she turned down a role early in her career because she would have had to "wear a shower cap and kiss a girl." Naomi and Nicole then shared a silly moment at the podium, sporting plastic shower caps before sneaking a few kisses in front of the crowd. Keep reading to see all the photos from Nicole's big night, and check out her and Keith's recent PDA at the CMT Awards.

Hugh Jackman
"I Love You With All My Heart": Hugh Jackman Shares Wedding Photos on 25th Anniversary
by Chanel Vargas 17 hours ago