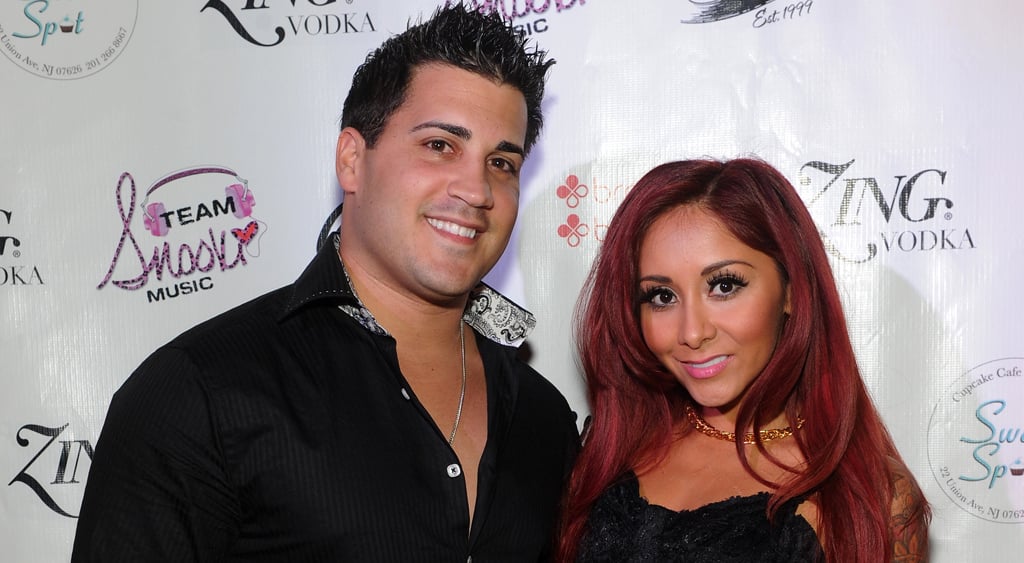 Nicole "Snooki" Polizzi married her fiancé, Jionni LaValle, on Saturday. The couple said "I do" at the St. Rose of Lima Catholic Church in East Hanover, NJ, and were later feted by their friends and family during a lavish party at The Venetian. With a cigar and scotch bar, an 18-piece band, and a reception dress inspired by the roaring 1920s, the celebration captured the ambience of The Great Gatsby. As for the ceremony, Snooki went with an off-white lace gown from Bridal Reflections, which she showed off in a series of pictures on her website. Jenni "JWoww" Farley, her Jersey Shore and Snooki & Jwoww costar, matched her fellow bridesmaids in a black gown.

The wedding excitement comes more than two years after Snooki and Jionni got engaged in March 2012. Ever since, the reality stars have been building a family together. Snooki gave birth to their first child, son Lorenzo LaValle, in August 2012, and the pair welcomed a daughter, Giovanna LaValle, in September 2014. Congratulations, Snooki and Jionni!