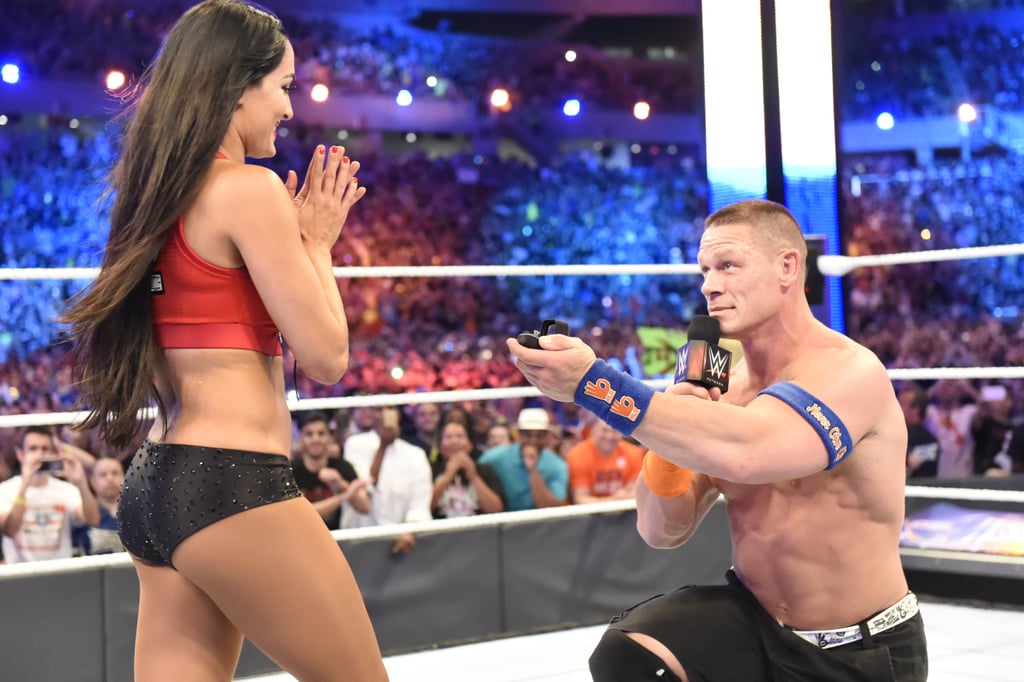 John Cena popped the question to longtime love Nikki Bella in front of 75,245 fans at WrestleMania 33 on Sunday, and if his proposal didn't blow you away, Nikki's engagement ring sure will. The WWE superstar presented Nikki with a massive sparkler featuring a round-cut center stone set in a thick, diamond-studded band of either platinum or white gold. According to diamond expert Michael O'Connor, it's "approximately 4 carats, which would put the value of this dazzler around $85,000."

John and Nikki began dating in 2012 after meeting through the WWE. Their relationship started out as a friendship but quickly turned into romance after John asked Nikki to have dinner with him. During an interview with the Today show on Monday, Nikki explained why John's WrestleMania proposal was a dream come true. "I never would have thought that he would have proposed in front of all those people. But that's home for us," she explained. "WWE is our home. It's where we met. It's our passion and our life. For me, it's like he is my Prince Charming. And he's saying, 'I want her to be my queen,' at our home in front of our family. And honestly, I couldn't have asked for it to be any other way. It was perfect."