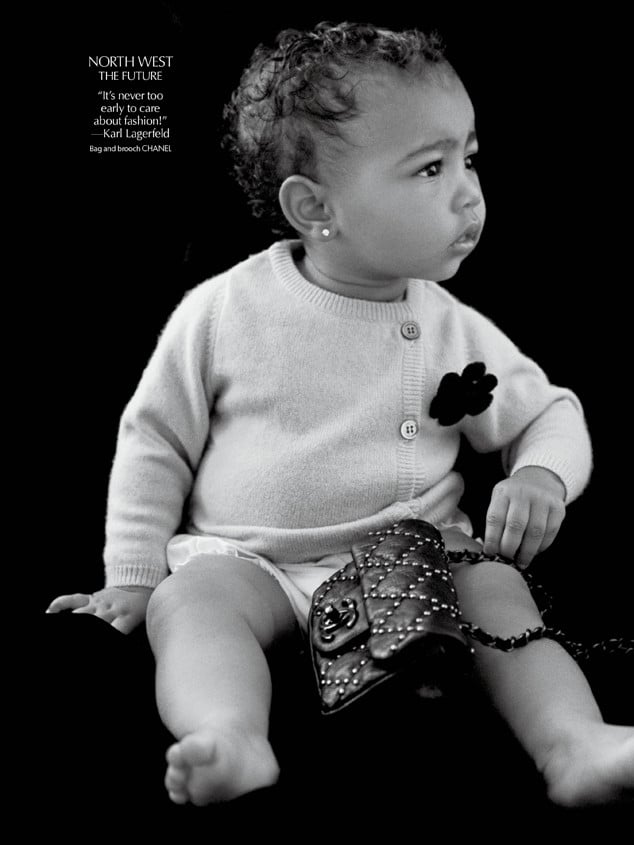 North West makes her modeling debut in CR Fashion Book's Fall 2014 issue. It's the first solo fashion spread for the 1-year-old — she appeared in the pages of Vogue with her famous parents back in April — and she looks seriously adorable while posing in a tiny cardigan and Lorraine Schwartz diamond studs next to a Chanel purse. The black and white snap was shot by famed photographer Michael Avedon and styled by the publication's founder, Carine Roitfeld. It also features a quote from Chanel designer Karl Lagerfeld that reads, "It's never too early to care about fashion!"

North's parents, Kim Kardashian and Kanye West, are close friends with Carine, the former editor-in-chief for Vogue Paris. The style maven was even in attendance at the couple's lavish wedding ceremony in May. Judging by North's high-fashion photo shoot, it looks like she's well on her way to a modeling career that could rival her mom's. What do you think of her adorable debut?