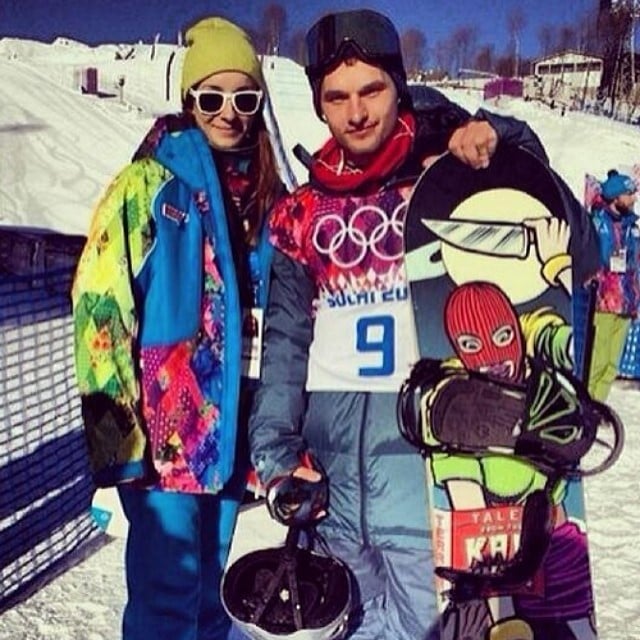 Well, that's one way to get a date. On Thursday, Russian Olympic snowboarder Alexey Sobolev decided to write his phone number on his helmet before his qualifying runs, and he ended up receiving so many text messages and nude photos that his phone crashed. In just 24 hours, Alexey got more than 2,000 texts from mostly female fans, and when reporters asked about his motives, he joked, "It's really boring in the Olympic Village, you know?" Since then, he's covered his phone number with black duct tape, and he's been prohibited from writing on his helmet again.

New way to pick up girls. Put your phone number on your helmet during Olympic event. http://t.co/tC4Wivhx1d / pic.twitter.com/JSQCr6Zwxs

Beyond the phone drama, Alexey also made headlines with his controversial snowboard design. With a caricature of a woman wearing a ski mask and holding a knife, the imagery on his board is reminiscent of the Russian punk protest band Pussy Riot. Two members of the group were released from prison this past December after being charged with hooliganism when they denounced Russian President Vladimir Putin. Asked about his snowboard's design and whether it was a symbol of support, Alexey dodged the question, saying that he didn't design the board.