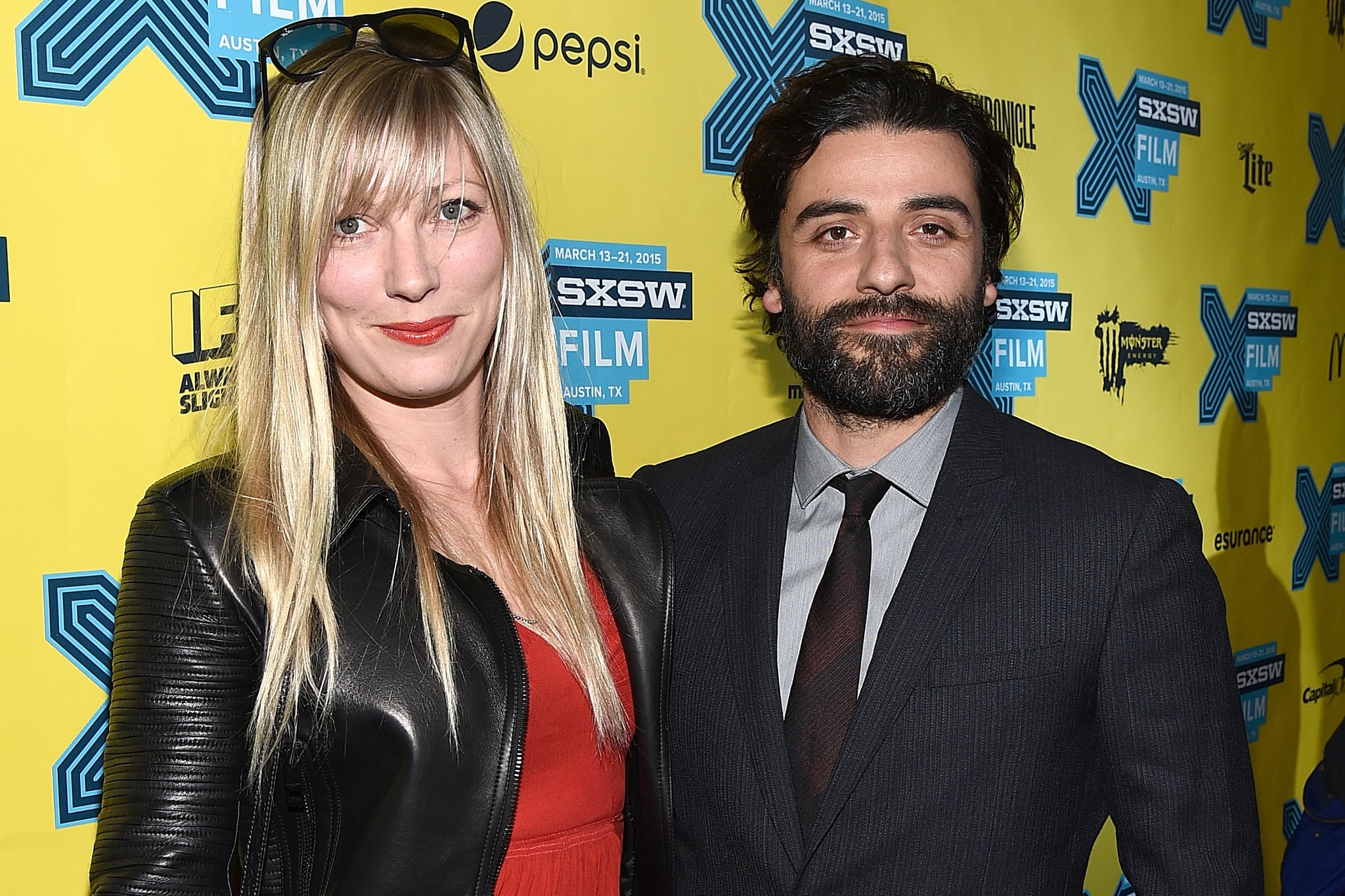 Like Oscar Isaac himself, the actor's dating life has been quite a mystery over the years, and it's about time we worked it all out. Although fans would like to believe that the Star Wars: The Last Jedi actor is in fact their boyfriend, he is actually taken . . . but is he married? Although the actor has stayed mum about his love life in the past, he recently confirmed that he tied the knot in March 2017, a month before welcoming his first child. Before we talk about the lucky lady who swept the Annihilation actor off his feet, let's break down what we know about his past romances.

While the Guatemala native has keep his personal life very private since he began acting — and making female fans swoon — he has been linked to at least one woman before his current flame that the press has been able to identify and follow closely. According to numerous publications, Oscar's most public relationship was with Maria Miranda, who was reportedly his childhood sweetheart, and took place sometime in the early '00s. The two were very secretive and serious, so much so that the couple reportedly got engaged in 2007, but as far as anyone can tell, they never tied the knot.

Related:
40 Oscar Isaac Photos That Will Awaken the Force Within You

Although a few publications continued to report that Oscar and Miranda were an item well into 2015, based on photographs, they were actually identifying the wrong woman. Instead, Oscar began dating Elvira Lind — who he eventually married — back around that time, which would make the couple an item beginning at least in January 2015. What we know about The Promise actor and his current love, Elvira, who is a documentary filmmaker (her most-recent film, Bobbie Jene, was featured at the Tribeca Film Festival in 2017), is that the two are forever linked. The couple met more than five years ago and have worked together in the past, creating a website called Staircase Sessions full of music acoustic videos beginning in 2013.

Related:
12 Things You Must Know About the Drop-Dead-Gorgeous Oscar Isaac

They've been together for at least three years, making their first public appearance at the Golden Globes in January 2016 — and simultaneously breaking hearts and making us love him even more, when the two kissed before Oscar received his award for Show Me a Hero. Then, in Spring 2017 they welcomed their first child together, making Oscar not only a hot actor, but a hot dad. They've remained intensely private about the nature of their relationship, but in the Spring Issue of GQ Style, the actor revealed why they finally decided to get married.

"She's Danish — she's not a citizen, and she was very pregnant, and there was an element of figuring out, 'Well, where are we going to be?' and us wanting to be a family unit a bit more," he explained. "Also, the Danes, they don't really believe in marriage. I think it has a lot to do with the equality of the sexes over there. Marriage doesn't mean anything financially, because the state takes care of people. The marriage itself becomes less important."

While the two wanted to start a family together, it was actually the way Elvira interacted with his sick mother that convinced him to make things official. "Right before it happened, my mom was ill, and so I saw her carrying my child, bathing my sick mom . . . Seeing her do that, I just thought, 'I want to be with this person forever and ever,'" he told the publication. "I just wanted to take that extra step as well." While his mother unfortunately passed away in February, a month before their wedding, the couple went on to welcome their son in April.

So there you have it: Oscar is married and has an adorable little family . . . and OK, sure, maybe we're just a little jealous that it's not with us.