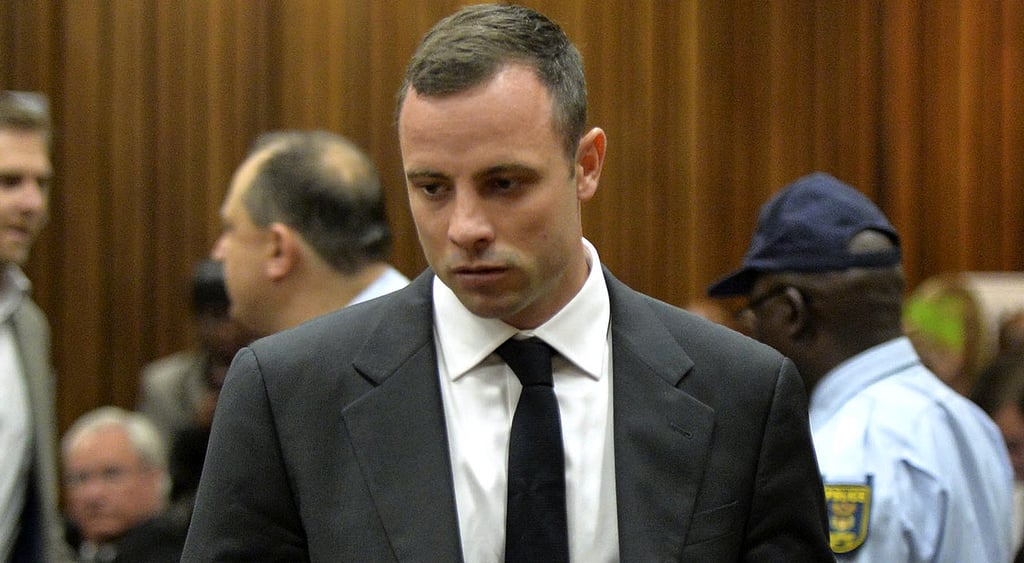 In early March, Olympic athlete Oscar Pistorius pleaded not guilty to murdering his girlfriend Reeva Steenkamp a year ago, and the defense phase of the trial kicked off on Monday. Oscar took the opportunity to apologize to Steenkamp's family, and he also opened up about his childhood, the reason he fired the gun, and more. Meanwhile, testimonies from neighbors, one of Oscar's exes, a security guard, and a ballistics expert have also shed light on Oscar's case. Commonly referred to as the "blade runner" because of his prosthetic legs, the South African quickly became an Olympic idol thanks to six Paralympic gold medals and his ability to compete with able-bodied athletes.

Last year, though, that heroic image took a turn, because Oscar admitted to shooting and killing his girlfriend on Valentine's Day 2013. If he's convicted of premeditated murder, Oscar will face South Africa's mandatory life sentence with a minimum of 25 years. In the meantime, Oscar is selling the house where the crime took place to raise money for his legal bills. Catch up on everything there is to know about the case.