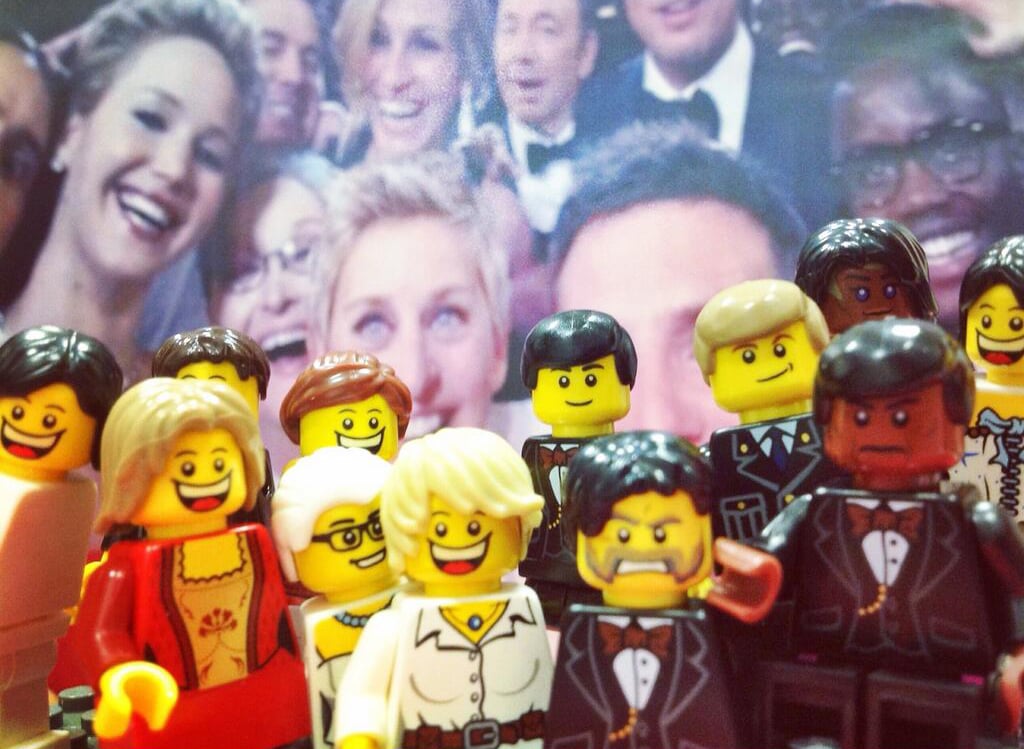 The Oscars selfie just got even more epic. On the heels of the Simpsons-ized version — in which Bradley Cooper kicks Homer Simpson out of the picture — the A-listers have been turned into Legos. On Wednesday, the official Lego Twitter re-created the photo, complete with accurate placement of each star. Though they couldn't perfect Jared Leto's ombré hair — instead making him and Angelina Jolie look eerily similar — or give Lupita Nyong'o's brother glasses, it's still a good re-creation of the mass-retweeted selfie. We're not sure why Bradley Cooper looks so angry, but we won't question it, because everything about this is awesome.