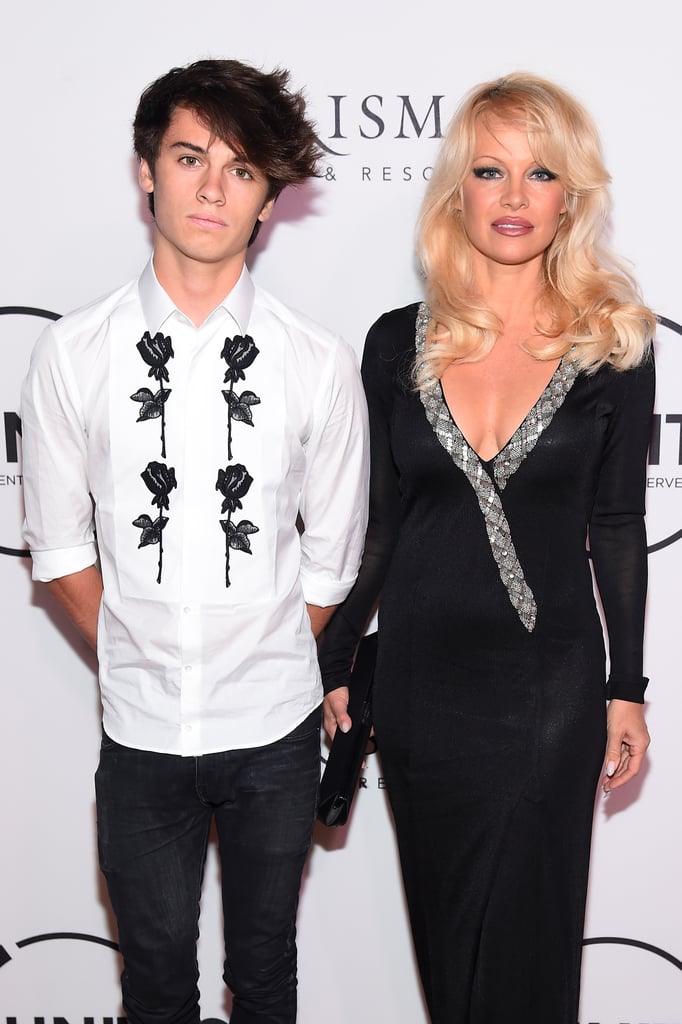 Pamela Anderson dropped jaws in an elegant black Ekaterina Kukhareva gown at the Unitas Gala Against Human Trafficking in NYC on Tuesday night. The Baywatch beauty was joined by her younger son, Dylan Jagger Lee; the 18-year-old aspiring model posed for photos with his mom on the red carpet before heading inside, where they sat together for the event. Dylan shared a photo of the duo on Instagram that evening, writing, "Great event for a great cause." Dylan, along with his 20-year-old brother, Brandon, is the son of Pam and her former husband Tommy Lee.