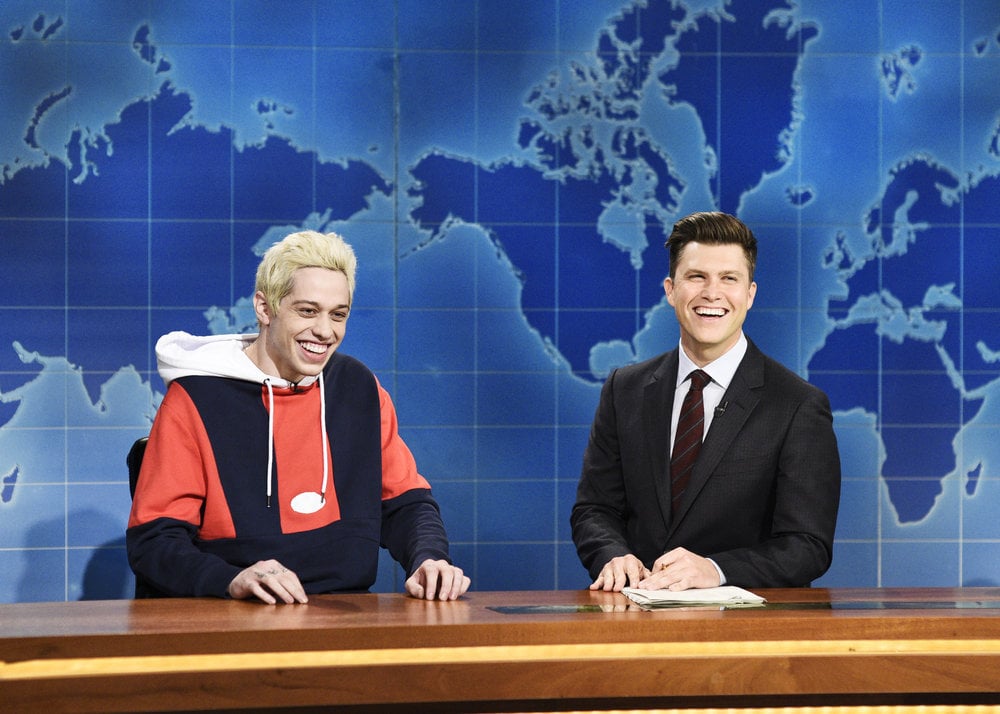 Saturday Night Live made its return after an eventful off-season, and Pete Davidson certainly addressed his high-profile romance with Ariana Grande. During the show's Weekend Update segment, the 24-year-old comedian commented on his recent engagement and said, "Do you remember when that whole city pretended that kid was Batman because he was, like, sick? That's what this feels like."

Pete then went on to joke about his rent-free lifestyle and made a pretty dark remark about how he's exchanged the singer's birth control pills for Tic Tacs so that they would be bonded together forever in the event of a breakup. In addition, Pete said he looks forward to receiving royalties off
Ariana's song titled after him on her album Sweetener — especially once he's working at Walmart sometime in the future.

Celebrity News
J Balvin and Valentina Ferrer Are Expecting Their First Child: "The Family Is Growing"
by Monica Sisavat 3 days ago