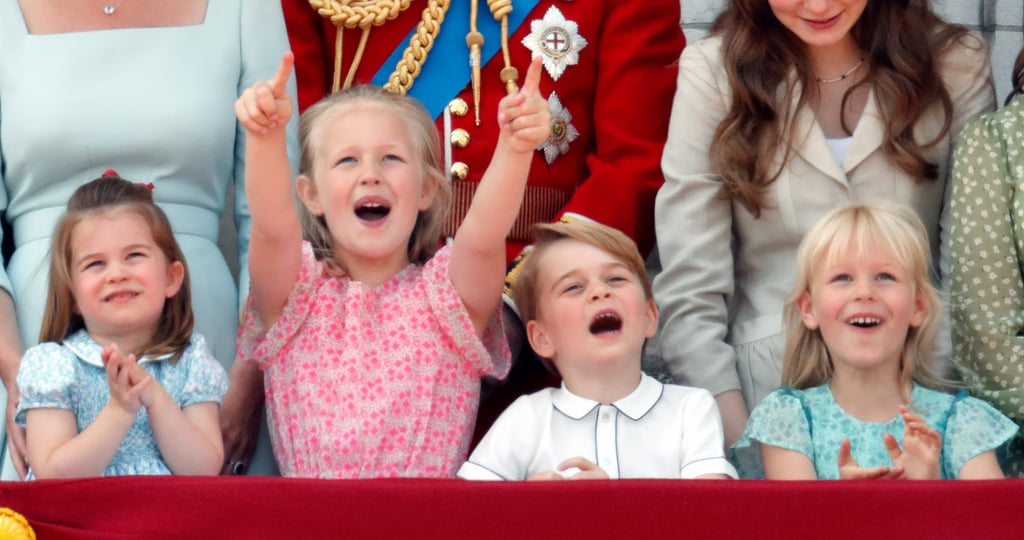 The British royal family may be notoriously tight-knit, but it's also growing by the minute. Queen Elizabeth II and Prince Philip have four children of their own, who gave them eight grandchildren. They in turn have grown up, gotten married, and given the queen an ever-growing number of great-grandchildren. In fact, when Archie Mountbatten-Windsor was born earlier this year, he became the eighth child to join this new generation of royals.

From Princess Charlotte, queen of the perfect royal wave, to her older brother Prince George, future heir and shorts-wearer extraordinaire, and not forgetting the group's oldest (and cheekiest) member, Savannah Phillips, the youngest royals are growing up fast and showing off some big personalities as they do. Even the youngest members, like Prince Louis, Lena Tindall, and baby Archie, are already winning fans as they make appearances at royal events. Keep reading for over 100 of the sweetest photos of these royal cousins and second cousins hanging out, making mischief, and stealing our hearts.