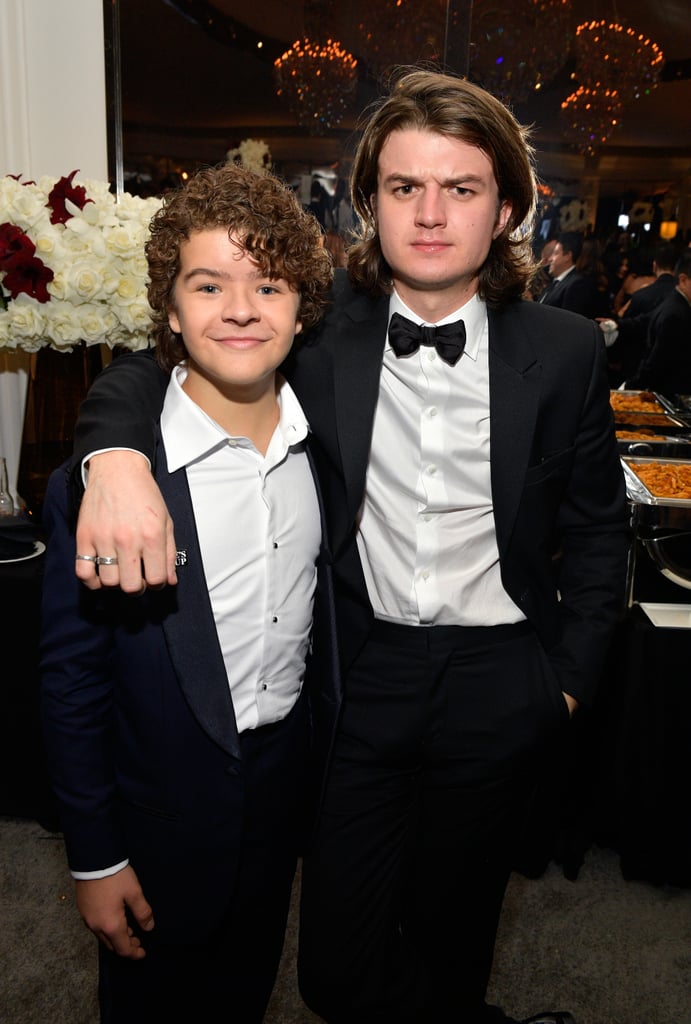 We've already established that Steve and Dustin are the Stranger Things duo we deserve, but their offscreen bromance is — dare we say it — even cuter. Joe Keery, who stars as Steve Harrington on the hit Netflix series, often shares sweet behind-the-scenes moments with Gaten Matarazzo that can easily put a smile on your face. Whether they're heading to their favorite restaurants or serving looks on the red carpet, their brotherly chemistry is apparent.

Thankfully, Gaten confirmed that season three of Stranger Things — which drops on July 4 — will feature even more shared screen time between Steve and Dustin. "You definitely see more of that," he told Entertainment Weekly. "That's what I really like about [the show's creators] Matt and Ross: They know what fans like and they roll with it." Honestly, we can't get enough of these two! Scroll through to see some of their adorable friendship moments ahead.

Stranger Things
Caleb McLaughlin on Racism From "Stranger Things" Fans: "It Definitely Took a Toll on Me"
by Chanel Vargas 6 days ago