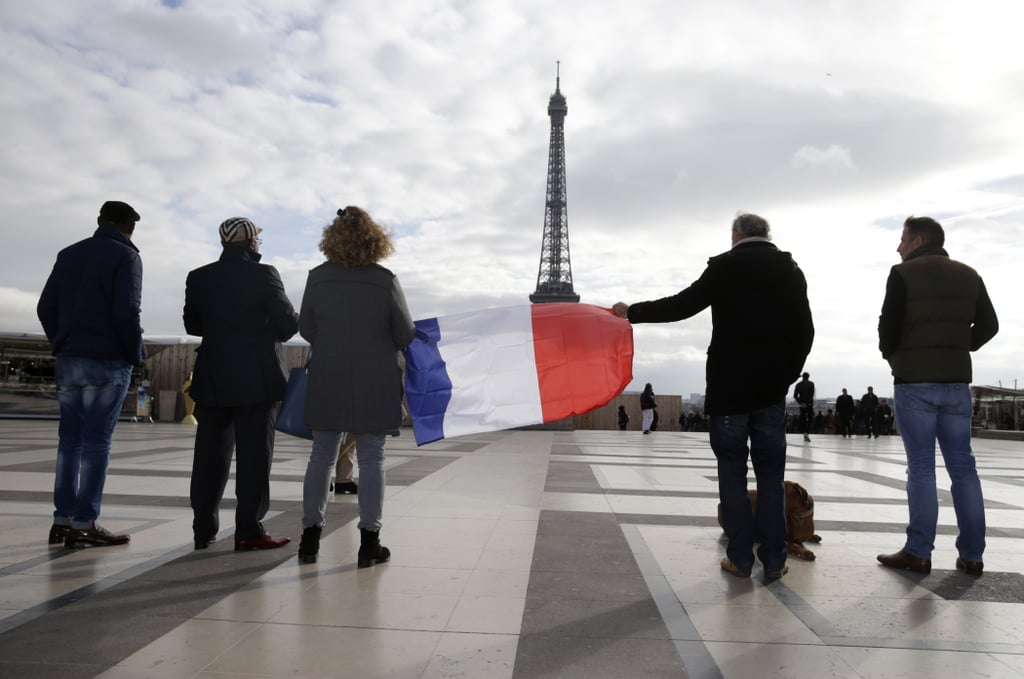 Paris was rocked by terrorist attacks that killed at least 129 people on Friday night, and in the wake of the tragic events, people all over the world are honoring the victims. France officially observed three days of national mourning and on Monday fell quiet for a minute of silence to remember the lives lost. Monuments around the world, including London's Tower Bridge, were lit up in France's blue, white, and red while sports events stopped in tribute to Paris. Read on for the heartwarming and touching photos that show people from around the world honoring Paris and then find out how you can donate to the victims.

Previous Next Start Slideshow
NewsBreaking News
Around The Web