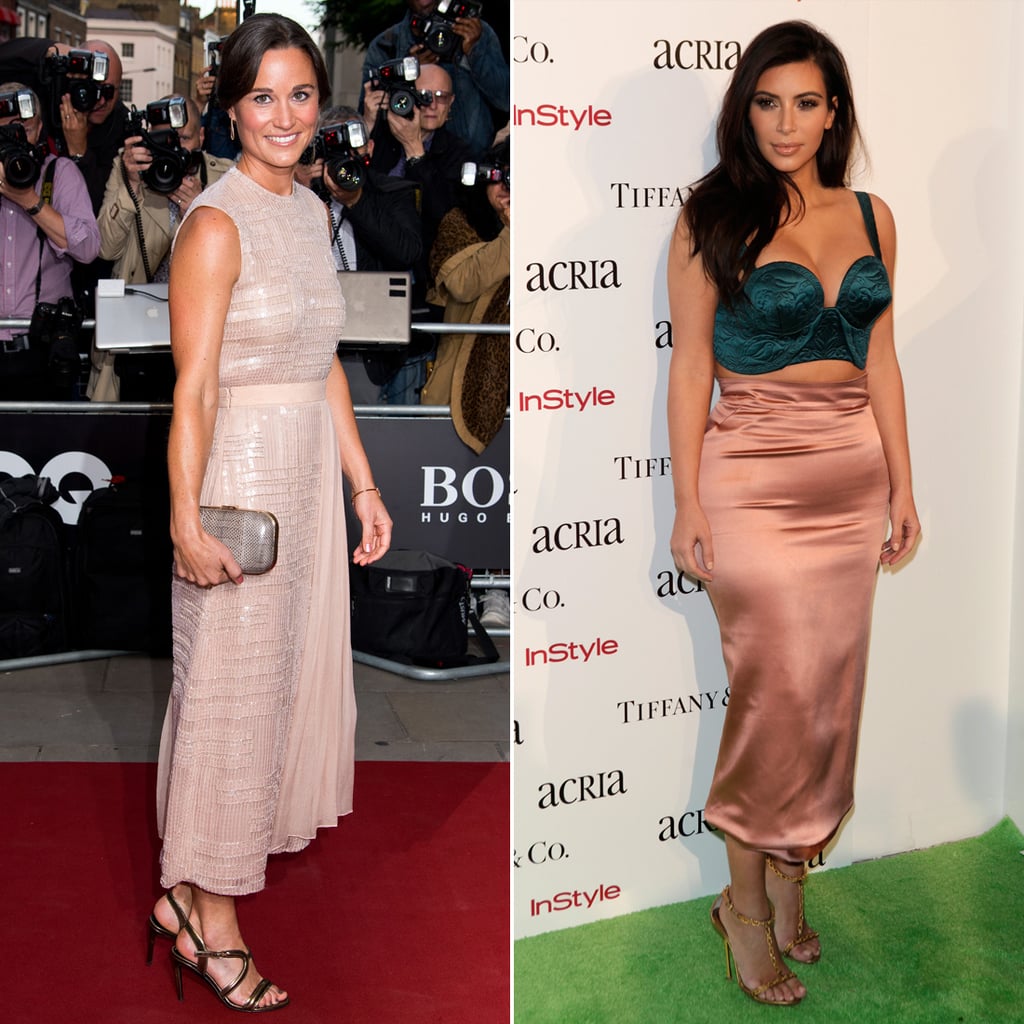 Sorry, Kim Kardashian, but it doesn't sound like Pippa Middleton approves of your now infamous Paper magazine photo shoot. The younger sister of the Duchess of Cambridge penned a column for The Spectator (via People) where she compared her famous bum moment to Kim's Internet-breaking stunt. "The 'Rear of 2014' award undoubtedly goes to Kim Kardashian, after her posterior exploded all over the internet last month," Pippa wrote. "I must say that mine — though it has enjoyed fleeting fame — is not comparable. But the Kim butt story did make me pause. What is it with this American booty culture? It seems to me to be a form of obsession. Kim's aim, apparently, was to break the internet, but I'm not sure she's going the right way about it." To be fair, when looking back at the past year, it's hard to deny that this was indeed the year of the booty in America. (Heck, even Vogue proclaimed this the "Era of the Big Booty.")

For her part, Pippa will probably become more familiar with America's bum obsession, as she is reportedly inking a deal to become a Today show correspondent. She has been moving more and more into the role of journalist, as she has penned articles for The Daily Telegraph and Vanity Fair in the past.