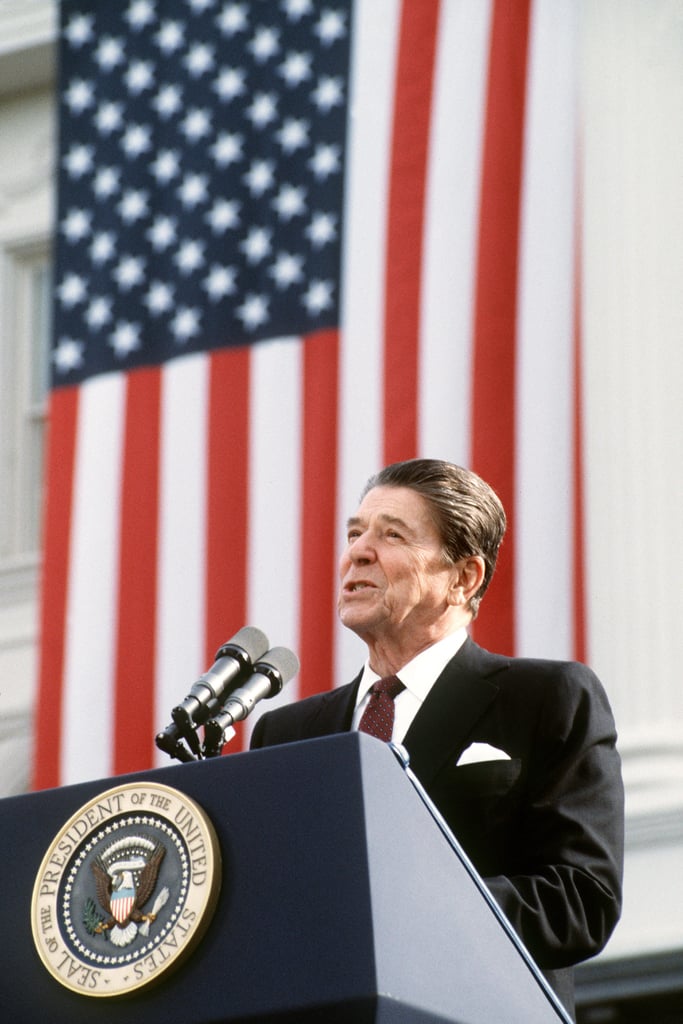 Just last month, three presidential hopefuls were called out by musicians for using their songs without permission during their respective campaigns. GOP candidate Mike Huckabee was scolded for playing Survivor's "Eye of the Tiger" at a rally in support of Kim Davis, the Kentucky clerk who refused to issue marriage licenses to same-sex couples, who was released from jail on Tuesday. Donald Trump and Ted Cruz were chastised by R.E.M. frontman Michael Stipe after using the band's song "It's the End of the World as We Know It (and I Feel Fine)" during a joint campaign stop.

It's certainly not the first time a political figure has gotten in hot water for adopting campaign anthems without approval from the person who wrote or performed them. We've rounded up 21 times that someone running for office took a famous song and ran with it during their campaigns, from Ronald Reagan to Barack Obama. Keep reading to see them all now.