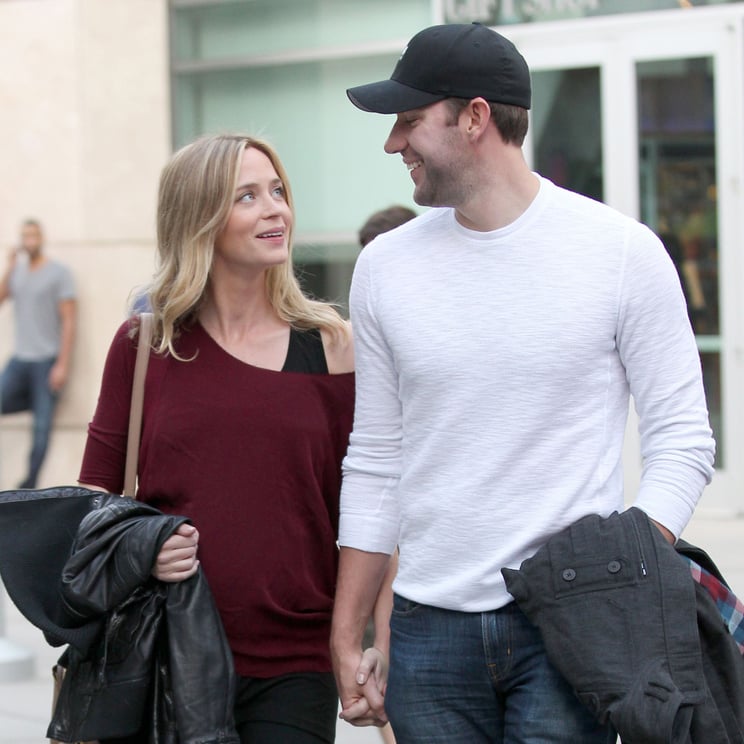 Emily Blunt's baby bump was front and center during a stroll with John Krasinski in LA on Saturday. The actors walked hand in hand as John led the way for his expectant wife, who wore a loose off-the-shoulder red shirt and black leggings. At one point, Emily and John locked eyes and smiled at each other midwalk. John has been vocal about his excitement about becoming a parent — on New Year's Day, the actor responded to a fan's tweet, pointing out that he'll be a father soon. John replied, "Holy crap I AM??? Aaaaaagh!!! Haha, cannot WAIT!!!"

Emily's pregnancy has been full of fun moments and active outings. Last month, she and John had a star-studded baby shower at their home, hosting pals Jennifer Aniston and Kristen Bell. Just a day before, Emily went for a hike in the Hollywood Hills with her dog.