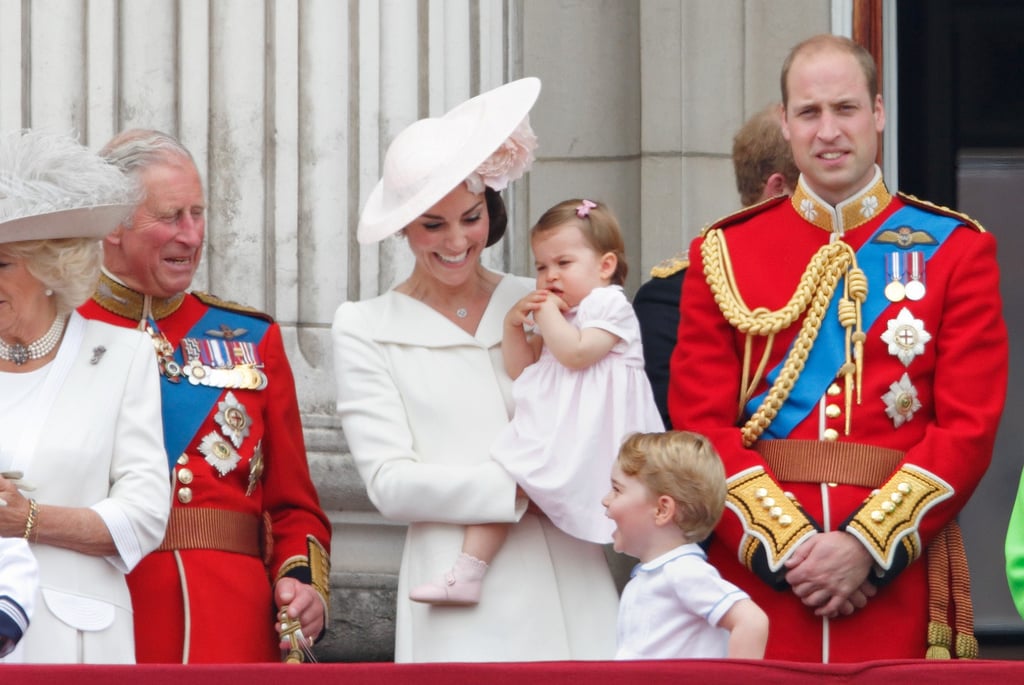 We've frequently seen how hands-on and loving Prince William and Kate Middleton are with their kids, but people often wonder what Prince Charles's relationship is like with his three grandchildren. While the future king isn't photographed with Prince George, Princess Charlotte, and Prince Louis that often, he is said to "come alive" when around them. Prince Charles has even transformed part of his garden at Highgrove House into a playground for them and often gushes about what a great joy they are to him.

Whether they are at a family gathering or an official event, it is clear how much love he has for all three of the young royals. Keep reading to see some of Prince Charles's cutest moments with his grandchildren from over the years.