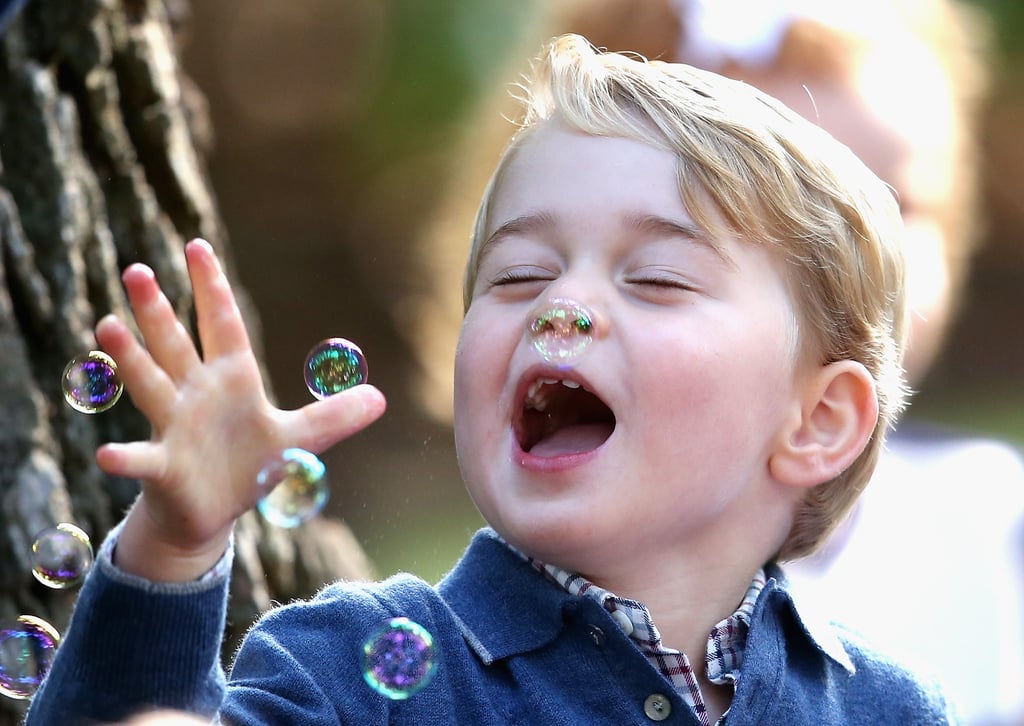 When George Lost It Over Bubbles

Prince George and Princess Charlotte may be royalty, but we often forget that they're also kids. While we understand that their upbringing isn't entirely normal, Kate Middleton and Prince William want to ensure that they have a regular childhood. "Stability at home is so important to me. I want to bring up my children in a happy, stable, secure world, and that is so important to both of us as parents," William told British GQ in May 2017. "I want George to grow up in a real, living environment. I don't want him growing up behind palace walls; he has to be out there. The media make it harder, but I will fight for them to have a normal life." So far the couple seems to be doing a pretty good job. Take a look at all the times George and Charlotte were just like any other regular kids.