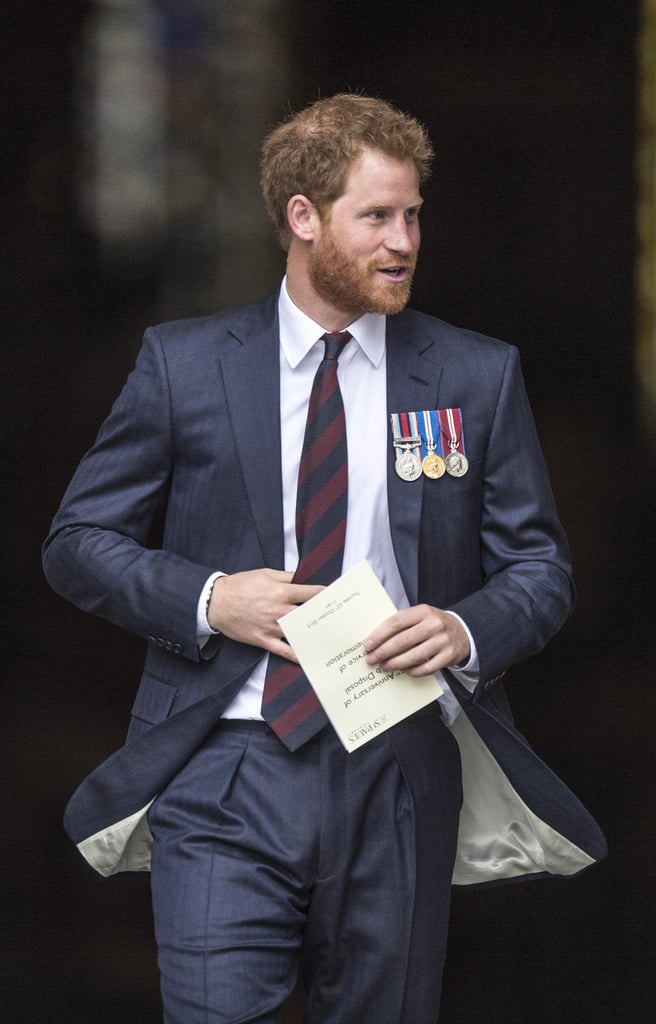 Prince Harry stepped out in London on Thursday looking — what else — ridiculously handsome. The famous redhead attended a ceremony at St Paul's Cathedral that marked the 75th anniversary of Explosive Ordnance Disposal (EOD) across the British Armed Forces. At the ceremony, Harry, who looked dapper in a suit and tie, chatted with British soldiers who lost their legs while fighting in Afghanistan as well as families who lost loved ones. Harry, who did two tours in Afghanistan with the British Army, was also spotted leaving the service with Lord Mayor of London Alan Yarrow and his wife, Gilly Yarrow.

Harry's outing comes just one day after his brother, Prince William, and sister-in-law, Kate Middleton, stepped out with Chinese President Xi Jinping in London and two days after they attended a lavish state dinner in Xi's honor. Keep reading to see more of Harry's day out, and then check out his cutest moments with William through the years.