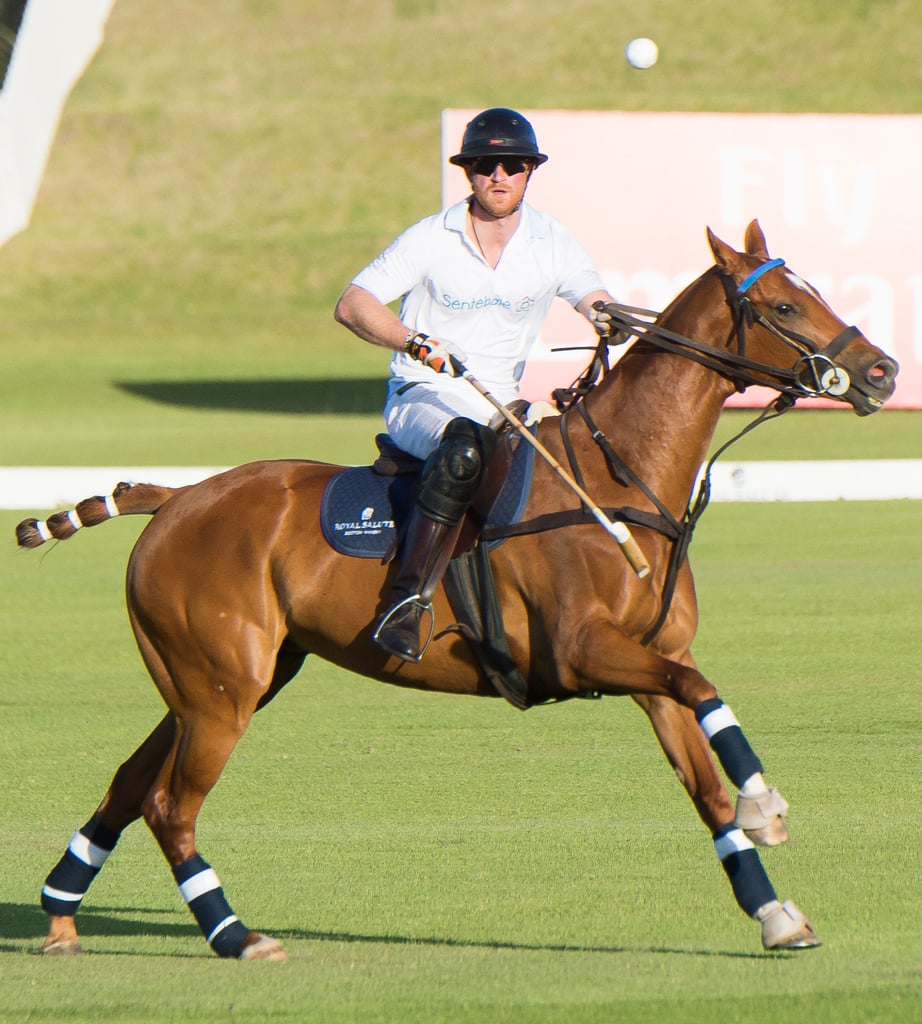 Prince Harry participated in the annual Royal Salute Polo Cup at the Val de Vie Estate in Cape Town, South Africa, on Saturday. Harry posed for photos with Sentebale's chairman Philip Green, Prince Seeiso of Lesotho, and Sentebale Polo Ambassador Nacho Figuera before showing off his impressive moves on the polo field. The event was organized by Sentebale, a charity Harry and Seeiso founded in memory of their mothers, and helped raise funds for children who are victims of poverty and Lesotho's HIV/AIDS epidemic. Just a few days ago, Harry made his return to South Africa and reunited with Mutsu Potsane, a child who he previously met during his Africa tour in 2004. Keep reading for more of Prince Harry's South African journey, and then check out his funniest faces of all time.

Prince Harry
Prince Harry Is Writing His Own Memoir, So Where Do I Preorder?
by Monica Sisavat 7/19