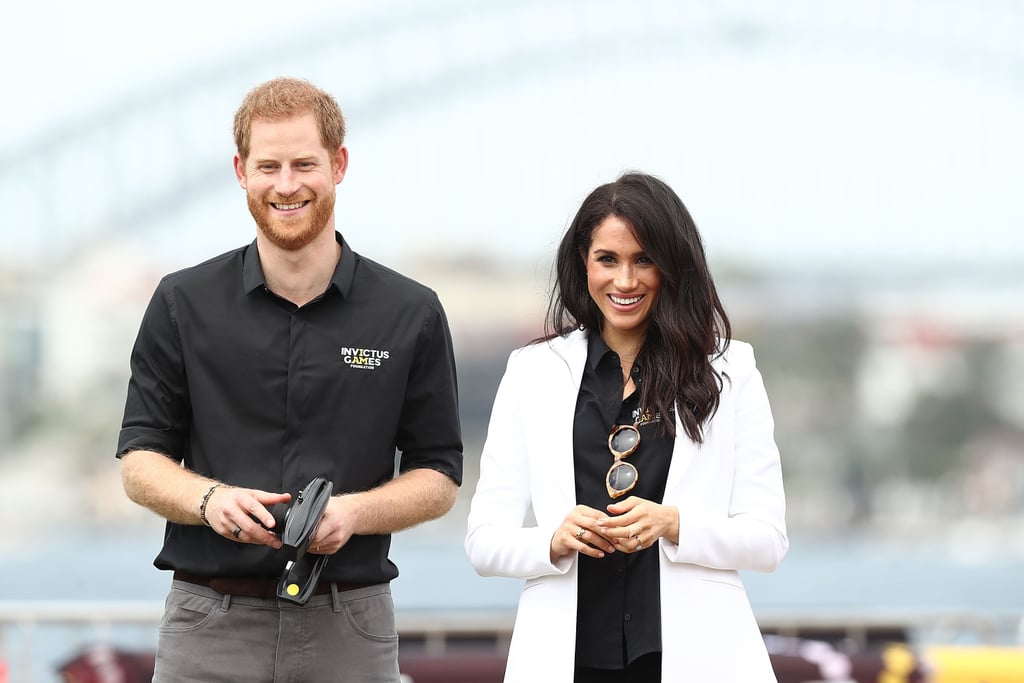 Prince Harry and Meghan Markle clearly have no problem flaunting their love for each other, but that wasn't always the case. Harry and Meghan kept their relationship a secret for nearly six months before news finally broke that the two were dating, which is why their latest appearance at the 2018 Invictus Games is so special. On Saturday, Meghan and Harry were all smiles when they stepped out in Sydney, Australia, for the seven-day sporting event. They began their day at the Jaguar Land Rover Driving Challenge, where they both sported Invictus Games shirts. They later put in a glamorous appearance at the opening ceremony, where Harry made a touching speech where he praised the competing nations and thanked the Australian people for their hospitality, referencing Meghan's pregnancy, when he said "we have been so happy to be able celebrate the personal joy of our newest addition with all of you."

by Kelsie Gibson 7 minutes ago