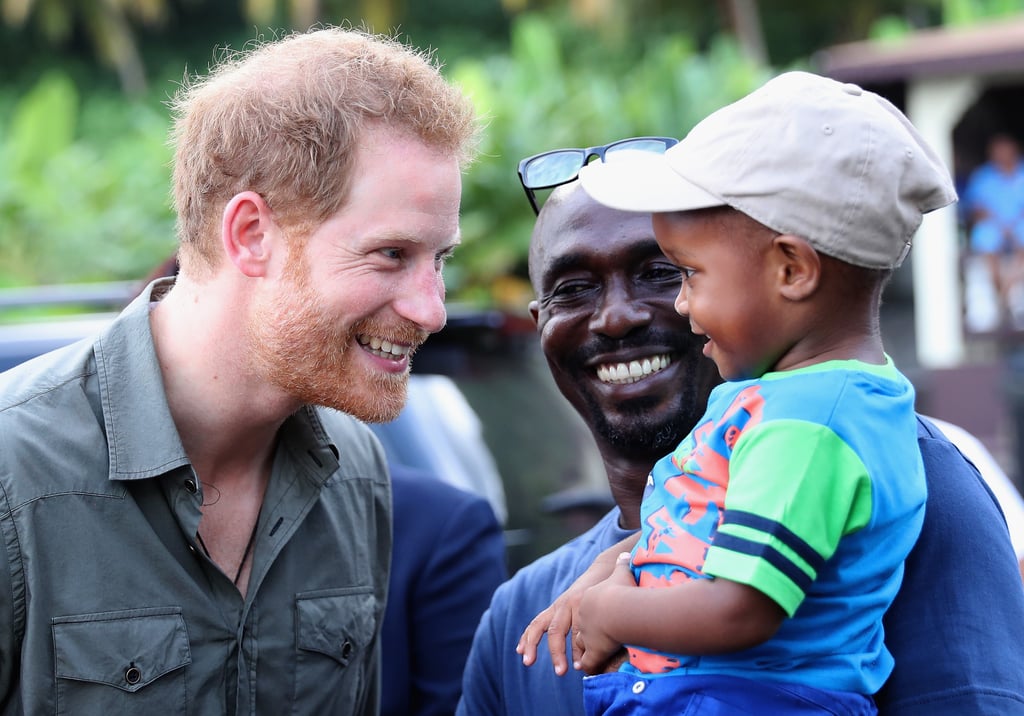 Prince Harry is currently on his 14-day tour of the Caribbean, and his latest stop in Saint Vincent and the Grenadines was full of cute moments. Not only did he meet Polly the Vincey Parrot while visiting the Botanic Gardens in Kingstown, but he appeared to have an absolute blast as he played with children at the Turtle Conservation Project in Colonarie on Saturday. While there, Harry cracked open a coconut and bonded with several kids, but he was particularly taken by a little boy named Jyasi Junior. At one point, he was even seen tickling his stomach. Thankfully, the fun isn't over quite yet as Harry still has six more days left on his tour.

Related:
Prince Harry Looks Like a Giddy Little Kid as He Releases Baby Turtles Into the Sea
Previous Next Start Slideshow
The RoyalsPrince Harry
Around The Web